Foreign Minister Yair Lapid (Yesh Atid) on Monday posted on his Facebook account in Russian about a change in the Central Bureau of Statistics’ definition of Jewish Israelis: the CBS will no longer count some 400,000 non-Jewish olim from Russia as “other” but as “Jews.” The change was made following discussions involving Minister of Intelligence Elazar Stern (Yesh Atid) and CBS Director Prof. Danny Pepperman. These close to half a million Israelis will probably be classified as “Extended Jewish Population” or “Jews and their Families.”

“The current situation hurts olim who came to Israel under the Law of Return, and feel they are part of the Jewish people,” said Minister Stern. “Our goal is for these people to join the Jewish people, and not be separated from it by all sorts of preliminary actions, including the unjustified division that exists today in the CBS.”


MK Meir Porush (United Torah Judaism) issued a response saying: “I propose that every Druze who serves in the army be allowed to register as a Jew automatically. If the Jewish value is uprooted and sold to any buyer, it would be better to officially declare the opening of genealogy books,” by which the MK was referring to the idea that religious communities rely on their own records to determine whether a person is Jewish, especially when it comes to weddings.

Of course, they’re doing it already.

The CBS decision appears to be part of a government effort to make conversions more available and appealing to the considerable Russian population in Israel who arrived based on the 1970 amendment to the Law of Return that did not change the halakhic definition of who is a Jew but expanded the definition of who is entitled to receive Israeli citizenship.

Supreme Court Justice Edna Arbel summed up the purpose of the 1970 amendment as:

It is safe to say that these same goals are driving the current effort, and MK Porush’s quip notwithstanding, it should be noted that when it comes to accepting converts, individuals who are “zera Israel,” meaning they are the offspring of a Jewish father, are encouraged by Jewish Halakha to convert. However, MK Porush is right in observing that this group of almost half a million Russian non-Jews may not be so eager to convert, especially not in an Orthodox conversion.

As of 2020, the CBS classified 415,147 Israelis as “other.” Of this group, 91.4% were registered as having no religion, and 8.6% declared themselves as “Christian.” According to the Population Registry, 60.4% of them received their Israeli citizenship under the revised Law of Return and the rest were recognized through family reunification. 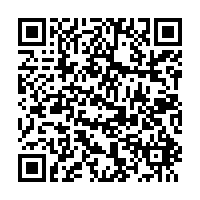