Last Sunday night, Ashdod resident and United Hatzalah volunteer EMT Moshe Weitzman who was flying home from London via Istanbul responded to a medical emergency behind him on the plane. Moshe quickly intervened and assisted the woman who was having difficulty breathing.

“As there were no direct flights from London to Israel, I flew on Pegasus via Istanbul,” he related, adding, “I already had the corona, so flying isn’t a problem for me and I’m not worried about catching the diseases again so soon after having recovered from it. So I took some time to go visit my brother in London as part of a family visit.”


Weitzman continued: “I was sitting in my seat and watching a movie when I heard someone asking for a doctor. I pulled out my earphones and it again. I saw a commotion a few rows back. The plane was full and a lot of people, including the flight crew, were standing around a woman who was having a medical emergency.”

He went up to the staff, introduced himself as an EMT, and quickly took charge of the situation. He asked the woman questions in an attempt to take her oral history, but she didn’t speak English. He asked if anyone could translate from English to Turkish and a woman came over. She helped him take an oral history and attached to the patient an oxygen mask the flight crew had provided. He instructed the patient to take deep and slow breaths to control her breathing and noticed how the crowd of passengers and flight crew had visibly relaxed knowing the woman was in good hands.

Weitzman was able to diagnose the woman with a severe case of hyperventilation and was able to get her to control her breathing. “After a few minutes, the woman came back to herself and was functioning normally once again. I was asked by the flight crew if we needed o land the plane and told them there was no need for that and everything was under control.”

Weitzman sat next to the woman for the remainder of the flight to make sure she remained stable. When the flight finally landed in Istanbul, both the woman and the flight crew were very grateful for his assistance. ”People kept asking me if there was anything to be worried about in terms of Corona,” he recalled. “I reassured everyone that there was nothing to worry about and that I kept the oxygen mask over the woman’s face just to help calm everyone about the possibility of spreading the disease.”

“It was incredible to see how frantic people were over this woman’s wellbeing,” he said. “It shows how much everyone cares about one another, no matter who we are or where we are from. Everyone wanted to help but no one knew exactly what to do. When I stood up and introduced myself as an EMT with United Hatzalah, people relaxed immediately. I had my Bluebird communication device on me because I’m in charge of the vehicle division for all of southern Israel, so even when I’m abroad I have to stay in touch with the volunteers and solve transportation problems for the volunteers at all hours of the day. The passengers on the plane saw my radio and that, too, helped them to relax. It served as a symbol of my professionalism I guess.”

“This was my first rescue onboard an airplane, and I hope I won’t have to do it again, but if there’s ever a need, I’m always ready and willing to help,” he said. 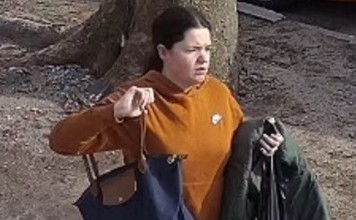 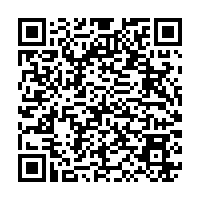