The two owners of an Israeli travel agency were arrested Tuesday on suspicion of fraud after selling more than 2,000 tickets to Ukraine for Rosh Hashanah for more than a million dollars, only to cancel the tickets one day before the scheduled flight.

The two men, both age 29, from the Haredi towns of Beitar Ilit and Beit Shemesh, are owners of the Europnim travel agency, through which they sold the allegedly forged tickets.

The investigation was launched following complaints from two customers against the company. The complainants reported that they had purchased flight tickets to Uman, Ukraine, for $635 per ticket, but the day before the trip they received a notice that the company could not fulfill its part of the deal.

As the investigation progressed, police realized the scope of the fraud—which mainly affected individuals from the Haredi sector—and arrested the two suspects.

Police arrested a third man, also 29, a resident of Givatayim, who was caught at Ben-Gurion Airport when he apparently was attempting to flee the country. The man claimed that he wanted to finance part of the cost of the plane tickets, as the Europnim owners would transfer the money from the tickets to him, and he would transfer the money plus his contribution to the airline’s representative abroad.

The investigation revealed that the first two suspects signed a contract with an airline representative abroad and ordered more than 2,000 tickets worth more than $ 1.3 million. However, police suspect that the money was never transferred to the airline, and the three partners used the money instead for money laundering.

The two Europnim owners were remanded to jail until Thursday. The third suspect is being arraigned on Tuesday.

Police call on anyone who purchased airline tickets from Europnim or was harmed by a similar scam to arrive immediately at the nearest police station and file a complaint. 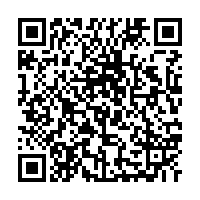