Gilad Shalit met on Thursday with Prime Minister Binyamin Netanyahu in Tel Aviv, for the first time since being greeted by the Prime Minister upon his return to Israel after five and a half years in Hamas captivity.

The visit, scheduled to coincide with the Passover holiday, was also attended by Netanyahu’s wife Sara, and Gilad’s parents, Noam and Aviva.


Gilad took the opportunity to again thank Netanyahu for returning him home last October, and told the Prime Minister that he had gained 6 kilograms since then. “Now time goes by faster and I’m getting more active. For example, I have a more diverse daily routine. I even came here on the train. Soon I’ll be discharged from the army.”

“You’re looking very well and it is evident that you are coming back to life,” Netanyahu responded. “This year the holiday of liberation gets a special meaning. From slavery to freedom; from darkness to light.”

Aviva Shalit thanked the Prime Minister, saying “we will always remember that you returned Gilad…It was important for me to come here today with Gilad so you can see that ‘whoever saves one life, saves the entire world.'”

Netanyahu deflected some of the credit, saying that throughout the ordeal, his wife was a relentless advocate for Gilad’s return.

Noam Shalit, who recently announced that he was running for a Knesset seat on the Labor party ticket and has publicly criticized Netanyahu, said that his family wanted to meet with Netanyahu because it was important to thank all those responsible for Gilad’s return. 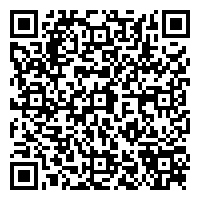