Noam Shalit, father of Israeli soldier Gilad Shalit, has decided to enter politics. Shalit campaigned for his son’s release during Gilad’s five year captivity, leading to the controversial exchange of Gilad in return for 1,027 Palestinians, the highest price Israel has ever paid for one soldier. In January, less than three months after Gilad’s release, Noam stood at a press conference next to Labor’s new leader, Shelly Yachimovich, and announced his candidacy for a spot in the next elections as an MK on Labor’s list. Since that time, Shalit has been meeting voters and campaigning –  but has refused to conduct interviews. The first interview of his campaign aired this week on Channel 10. The 37-minute interview was enlightening, to say the least.

Shalit had trouble addressing his positions on key issues or on what ticket he will be running. He refused to discuss Iran or security in general. At one point he candidly confessed that he does not have an answer as to why he is worthy to be an MK. He said that he is still learning the issues so he does not yet have established positions nor a clear picture of what he wants to change. He did stress that he supports increasing the resources given to the North and South and in strengthening the education there.


Addressing the issue of religion and the state, he said he supports a full separation, but made a major gaffe when he praised Israel’s civil marriage system. The interviewer corrected Shalit, informing him that there was no civil marriage framework in Israel, and that people who want to marry civilly must fly to Cyprus. Shalit admitted he had a lot to learn.

In discussing Hamas, Shalit announced that he would talk with them if they agreed to it, and he would even shake the hands of Gilad’s kidnappers, also saying he would kidnap Israeli soldiers if he was a Palestinian. His advice for future captives’ parents was to fight politically, through the media,  and not wait for the government to take action.

Shalit sees no problem running against Netanyahu – the man who made the decision to free his son. He was very critical of Netanyahu and insisted that the PM was not solely responsible for the release of Gilad, and did not deserve all of the credit. He charged that Netanyahu only released his son because the polls showed that 70-80% of the public supported the deal. He criticized both former Prime Minister Olmert and Netanyahu for not having the courage to take a better deal earlier in the process. He stated that he would have implemented collective punishment in Gaza until Gilad was released. He did note that Olmert told him that he would not return Gilad, and that Netanyahu promised to return Gilad in their first meeting. But he charged that Netanyahu was part of the government that was responsible for Gilad’s captivity, which was another gaffe – since Gilad was captured in 2006 during Kadima Prime Minister Olmert’s term, when Likud was in the opposition. His criticism of Netanyahu was not limited to his son’s captivity, as he attacked Netanyahu’s handling of the Carmel fire as well.

He conceded that Yachimovich never visited the Shalit tent, nor active in pushing for Gilad’s release, but said that this did not matter. He rejected claims that he was an opportunist, saying if he was he would have run for a spot in Likud. He said that he thinks Yachimovich picked him because of his activities and not because of his last name, but agreed that if he ran in 10 years he would be irrelevant. He found it very important to stress he will not use Gilad to get votes.

He admitted that Gilad doesn’t want to write a book, but that he is pushing him to do it because he feels it is important to have Gilad’s story heard. In a sensitive moment, he confessed that the death of his twin brother in captivity was what moved him to launch a high-profile campaign for releasing Gilad. He said that he is not upset by former Shas Minister Ben Izri’s statement that Ben Izri had it worse in jail than Gilad had in captivity. He also stated that the rumors about him having a French lover did not bother him and he summarily dismissed them.

Towards the end of the interview there was a segment in which he spoke to Labor party voters at an event. They interviewed attendees after, and their feedback was less than positive.

Following Noam Shalit’s first public in-depth political interview, it’s understandable why he waited so long to have one. The Israeli public in general and the Labor party members in particular got a chance to see a different side of the man they previously knew only as ‘Gilad’s father’. The internal Labor election could be over a year away, and from Shalit’s perspective it would seem the later the better. 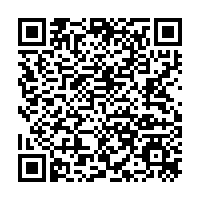