Prime Minister Benjamin Netanyahu plans to extend Israel’s countrywide Coronavirus (COVID-19) lockdown for at least a fourth week as the infection rate in the country remains high and as there is no significant decrease in the number of hospitalized patients, despite the closure and the operation to vaccinate the population.


The discussion focused on analyzing morbidity trends, the pace of vaccinations, the effect of the mutations on morbidity, target dates for the exit from the lockdown and other issues.

The senior officials expressed concern that even at the end of the current lockdown on Sunday Israel will remain with a high level of infections and very heavy crowding of severe cases in the hospitals.

The officials recommended that the lockdown be extended by at least another week, and Netanyahu reportedly endorsed their recommendation.

However, it appears that several of Netanyahu’s ministers may not agree with his plans.

Minister of Finance Yisrael Katz demanded Monday that the economy be opened immediately and completely at the end of the closure, and clarified that without a full opening of the economy, the grant program he presented earlier this week meant to boost the ailing economy will not operate.

Education Minister Yoav Galant told the mayors to prepare for the partial opening of the education system, as early as next week.

The opening of the kindergartens, grades 1-4 and 11-12 starting on Monday is under discussion, he said.

In the meantime, the lockdown nor the vaccination operation seems to have a significant effect on the number of people infected, which has been consistently high for weeks.

The UK variant, the South African variant, and the Los Angeles variant have been discovered in Israel. The UK variant has been blamed for an increased infection rate, dangerous infections in pregnant women, and a spike in illness among children.

The Ministry of Health updated Monday night that it documented over 6,000 new COVID-19 cases over the past day.

A high number of 1,154 patients hospitalized with Corona are in serious condition, 332 of them are on life support.

January is emerging to be the worst month Israel has experienced in regards to COVID-19 deaths since the outbreak in the country over a year ago. January is the month with the largest death toll since October, in which 970 patients died.

Since the beginning of the pandemic, 4,498 corona patients have died in Israel. 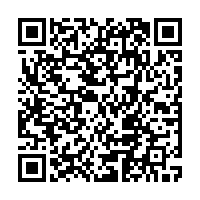