Facebook has suspended Prime Minister Benjamin Netanyahu’s chatbot for a week after he allegedly breached their privacy policy when he tried to encourage senior citizens to get the Coronavirus (COVID-19) vaccine.

A post was published on the Prime Minister’s page on Thursday in which he called on the audience to write to him in private if any of them know friends or family members over the age of 60 who are afraid of getting vaccinated and he may contact them.


A chat message was also sent to anyone who interacted with the page.

“If you have friends or family members aged 60 or over who have not yet been vaccinated, you can write me a name and phone number and maybe I will call to convince them!” the post read.

“We have removed the offending post and temporarily suspended the messenger bot, which shared this content, for breaking these rules,” she added.

This is not the first time that Facebook has censored the prime minister of Israel.

Netanyahu’s Likud party stated in response to Facebook’s claim that “the goal was to encourage Israelis over the age of 60 to get vaccinated to save their lives after Prime Minister Netanyahu brought vaccines to every Israeli citizen – we call on everyone to get vaccinated so we can open up the economy and be the first in the world to exit the Corona.”

Israel is the world leader in vaccinating its population against COVID-19.

Some 80% of Israel’s citizens over the age of 60 have received the vaccine.

Our World in Data, a global, aggregated database on COVID-19, presented a comprehensive picture of the state of COVID-19 inoculations around the world.

On a scale of the number of COVID-19 vaccination doses administered per 100 people within a given population, Israel came in first with 2.04, followed by the United Arab Emirates with 0.87, and the United Kingdom with 0.53.

The suspension is not the first time Netanyahu has faced sanctions from the social media giant over the use of its chatbot.

On the day of the September 2019 elections, Facebook suspended Netanyahu’s chatbot from early afternoon until polls closed, after it claims it illegally shared polling information, which is banned in Israel during a national ballot.

A Facebook spokesperson said at the time that it was “working with elections officials around the world to help ensure the integrity of the elections. Our policy explicitly states that developers are required to obey all laws applicable in the country where their application is accessible.”

A week before that election, Facebook had temporarily suspended the bot after it warned visitors of a possible “secular left-wing weak government that relies on Arabs who want to destroy us all — women, children and men.” Netanyahu insisted he did not share that view of Arabs, and said the bot’s message wasn’t written by him. 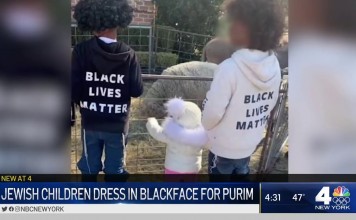 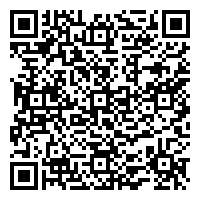