Against the background of a political debate and increasing demand for secular education for Haredi boys, the Netzach Educational Network has opened its second state-approved (Mamlachti Haredi – MaMach) Hasidic heder (study room for small children) in Beit Shemesh, modeled on its first heder in Jerusalem.

The Hasidic heder in Beit Shemesh was opened by the Beit Shemesh Municipality in response to demand from local parents. 30 six-year-old boys joined the opening class, despite unpleasant local demonstrations to pressure families to withdraw their sons. The issue of State-run Hasidic schools has become a hot political topic that’s dividing Israel’s Haredi parties.

Rabbi Menachem Bombach, founder of HaMidrasha HaHasidit in Beitar and CEO of the Netzach Education Network, said: “We are excited to see the very successful model of our Hasidishe Heder in Jerusalem – established in 2019 – now being copied in Beit Shemesh. We now have 12 schools for different age groups and sectors of the Haredi community, and we are confident that we can duplicate them many times over in different Israeli cities, wherever there is demand from Haredi parents for high-quality Torah and secular education.”

The Netzach Education Network already has two elementary schools in Beit Shemesh: Talmud Torah Netzach Yisrael, and Beit Yaakov Netzach Yisrael – and both schools are oversubscribed. The new heder is open to boys from all Hasidic streams. The principal, Rabbi Yisrael Shapira, is a Gerer Hasid and an experienced educator. All three schools have been championed by Beit Shemesh Mayor Dr. Aliza Bloch, who is working to develop diverse education options for the city’s Haredi population.

The Netzach Educational Network was started in 2017 to revamp Israel’s Haredi educational system. Its schools prepare both boys and girls to attain Bagrut (matriculation) certificates, equipping them to compete for quality employment opportunities and pursue higher education, while also receiving an outstanding Haredi education. 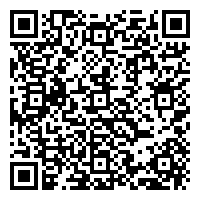