Former US Ambassador to the United Nations (UN) Nikki Haley criticized Democratic presidential candidate Bernie Sanders for suggesting that the US redirect funds from Israel to the Hamas-controlled Gaza Strip, saying he “outdid himself” with his radical ideas.

Sanders, speaking on Monday at the annual J Street Conference in Washington D.C., said he “would use the leverage” of the US support to Israel to push his policies.

“It is a lot of money, and we cannot give it carte blanche to the Israeli government, or for that matter, to any government at all. We have a right to demand respect for human rights and democracy,” he stated.

Instead of giving all the funds to Israel, some should “go right now to humanitarian aid in Gaza.”

He further claimed that his “proposal in terms of Israeli-Palestinian efforts is not a radical proposal. All it says is that we need an even-hand proposal for both people. What is going on in Gaza right now, for example, is absolutely inhumane. It is unacceptable. It is unsustainable.”

Haley condemned Sanders on Twitter and wrote that “just when you thought Bernie Sanders couldn’t get any more radical, he outdid himself.”

“He wants to take money we give to Israel to defend itself from terrorists, and give it to Gaza, which is run by terrorists?? Unreal,” she said.

“Why isn’t every other Dem pres [presidential] candidate saying he’s wrong?” she demanded.

Israel has exposed several cases in which Hamas has utilized humanitarian funding for promoting terrorism.

Commenting on the phenomenon in March 2018, the IDF’s Coordination of Government Activities in the​Territories (COGAT) said that “since the terror organization Hamas seized control of the Gaza Strip in 2007, they have systematically attempted to exploit humanitarian assistance designated for civilian residents… Stealing humanitarian materials and taking advantage of aid programs to tighten their control over the population and expand their terrorist infrastructure poses a real and significant threat to Israel’s security.”

Democratic presidential candidate Elizabeth Warren expressed ideas similar to those of Sanders last week when she stated that “it is the official policy of the United States of America to support a two-state solution, and if Israel is moving in the opposite direction, then everything is on the table,” including the freezing of aid to Israel. 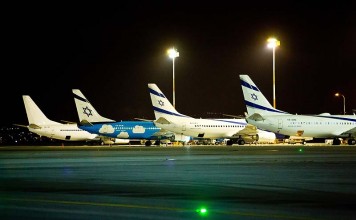 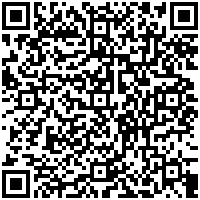