On Sunday, Democratic presidential candidate Bernie Sanders told J Street’s annual conference in Washington, DC, that should he be elected president, he would divert some of the money the US gives Israel as defense assistance to pay for humanitarian relief in the Gaza Strip.

According to JTA, Sanders (did you know he’s Jewish?) was “the most robustly in favor of pressuring Israel,” out of all the Democratic candidates who either appeared in person or sent video speeches.


“I would use the leverage, $3.8 billion is a lot of money and we cannot give it carte blanche to the Israeli government, or any government,” Sanders said.

Big cheers from the crowd, big lovers of Israel, every last one of them.

Sanders added that as president he would say to Israel, “if you want military aid, you’re going to have to fundamentally change your relationship to the people of Gaza. I would say that some of that $3.8 billion should go right now to humanitarian aid in Gaza.”

Here’s a funny thing: candidate Sanders’ foreign policy agenda on his campaign website has nothing to say about Israel, the Gaza Strip, the Palestinian Authority, territories – nothing. And, mind you, he does mention specific policy changes and specific countries: pull US troops from Afghanistan, Iraq and Syria; end US support for the Saudi intervention in Yemen; go back to the Iran nuclear deal.

The Sanders foreign policy agenda does state clearly: “Work with pro-democracy forces around the world to build societies that work for and protect all people.” But that couldn’t be a reference to the Gaza Strip, which is ruled by Hamas, and Hamas is listed by the State Dept. as a terror group.

So that everything Bernie Sanders told the folks at J Street is distinctly not part of what Bernie really believes needs to be done regarding Israel, the Middle East, etc. In other words, just common, good, old-fashioned pandering.

But wait, there’s more. In 2016, the Obama administration and Israel signed a defense aid agreement that promised Israel $38 billion over 10 years, from 2019 through 2028. As we’re learning in these harrowing times, a president is forbidden by law to use foreign aid to extract anything from America’s allies. Indeed, the very core of the emerging Democratic impeachment case against President Donald Trump is that he was delaying arms shipments to Ukraine until the Ukrainians provided him with information. This is an impeachable offense, which Congress has defined as “improperly exceeding or abusing the powers of the office.”

In other words, breaking the law.

Here’s the law in question which Candidate Sanders promises to violate once he’s in the Oval office: it is called United States-Israel Security Assistance Authorization Act of 2018. It determines that the $38 billion in military aid over 10 years spelled out under the 2016 Memorandum of Understanding would be funded through a special mechanism that would be separate from the annual budget.

The law ensures that US aid would not be cut once the aid memorandum comes into effect starting in 2019, ensuring that the funds would not be influenced by the budget negotiations between Congress and the President. It also means that presidents would not be able to suspend US aid as a means of pressuring Israel.

You see, Bernie, you just promised the nice American Jews something you are not allowed do by law (by the way, did you know you’re Jewish?).

Or, as then House Foreign Affairs Committee Chairman Ed Royce (R-CA) put it at the time: “With this measure, we are codifying the assistance levels in the latest 10-year US-Israel memorandum of understanding, which aims to strengthen our already robust relationship, especially on defense matters. This bill also works to build on the United States’ and Israel’s successful history of cooperation on technology development.” 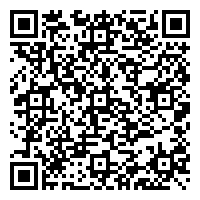