During a routine tour of the Yehudia Forest Reserve north east of Lake Kinneret, an inspector for the Nature and Parks Authority discovered an unusual archaeological finding: wall engravings depicting various animals, dating to the Middle Bronze Age – some 4,500 years ago.

The engraving was discovered on the wall of a dolmen, single-chamber megalithic tomb made of rocks, some of which are found in the Golan Heights and Galilee.


Last week, the scientific journal Asian Archeology published a study by the Israel Antiquities Authority and the Tel Hai Academic College, which describes the findings from the Golan Heights (Rock art in south Levantine dolmens by Gonen Sharon & Uri Berger). The engravings open a window onto the mysterious artistic world of the ancient masonry culture responsible for the construction of the dolmens.

According to Guide to the Menhirs and other Megaliths of Central Brittany (Nezert Books), “it remains unclear when, why and by whom the earliest dolmens were made. The oldest known are found in Western Europe, dating from c 7,000 years ago. Archaeologists still do not know who erected these dolmens, which makes it difficult to know why they did it. They are generally all regarded as tombs or burial chambers, despite the absence of clear evidence for this. Human remains, sometimes accompanied by artifacts, have been found in or close to the dolmens which could be scientifically dated using radiocarbon dating. However, it has been impossible to prove that these remains date from the time when the stones were originally set in place.”

In the Dolmen at the Yehudia Forest Reserve, the Nature and Parks Authority inspector identified engraved animals with antlers, such as mountain goats, antelopes, and wild cows. In another Dolmen in northern Israel, the huge cover stone was designed as a human face; and another Dolman features a variety of geometric shapes that were engraved in the rock.

Hundreds of dolmens have been surveyed in the Upper Galilee and the Golan Heights, but to date, the dolmens and the civilization that constructed them have remained a mystery. In recent years there has been renewed interest in the study of dolmen in the Middle East, and this new study is yielding new discoveries.

According to the article, “a fortunate discovery, in 2012, of engraved features on the ceiling of the central burial chamber of a giant dolmen in the Shamir Dolmen Field has markedly altered our current body of knowledge. Since this finding, rock art has been discovered at three additional dolmen sites. These latest discoveries are presented in the context of their significance to the broader phenomenon of the mysterious megalithic burials of the Levant.” 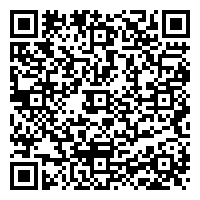