The place where most Israeli Jews are likely to come in personal contact with their Arab neighbors is the healthcare system: in emergency rooms, clinics, and most notably pharmacies, Arab professionals maintain a high presence, especially on Shabbat and the Jewish holidays. Last Wednesday, Ayat Rahal, Director of the Employment Diversity Department at the Civil Service Commission, confirmed this general impression as fact.

The Special Committee on Arab Society Affairs convened on Wednesday to discuss ways of advancing the Government resolution for proper representation of members of the Arab population, including Druze and Circassians, in the civil service. In the debate, it was stated that the representation of Arab society in the civil service had increased, but the increase was mainly evident in the healthcare system.


Ayat Rahal, Director of the Employment Diversity Department at the Civil Service Commission, said that relative to populations of diverse backgrounds in the civil service, the Arab population was well represented. She said: “In the latest round of recruitment, there is an upward trend, and there are candidates in the various programs. There is a positive trend of an increase from one year to the next. There is an increase of 3.1% from 2016 to 2020. Within the population of Arab civil servants, there are 44% Arab women versus 56% Arab men in the civil service. There is 68% of the representation in the healthcare system versus 32% in the Government ministries and auxiliary units.”

“In eastern Jerusalem, 500 young people registered for our conference—candidates who want to reach the civil service,” Rahal told the committee. “There is significant trust here. In southern Israel too, some populations require significant care, and we also want to see representatives from Bedouin society who will be in these programs.”

National Commissioner for Equal Employment Opportunities, attorney Mariam Kabaha, told the committee: “Civil Service Commissioner Prof. Daniel Hershkowitz has proven that the issue is very important to him. But it’s important to pay attention to the data: if we subtract the healthcare system workers, we stand at less than 4%. The increase is only in the healthcare system. In 74% of the government service, there is an insufficient representation for the Arab sector, and in 14% of ministries and auxiliary units, there is no representation for the Arab sector at all. We have none at influential levels and none in middle management.”

Acting Committee Chair MK Ghaida Rinawie Zoabi (Meretz), concluded: “Integration of members of Arab, Druze and Circassian society in the public service will be of great benefit to society at large in Israel, and to Arab society in particular.” 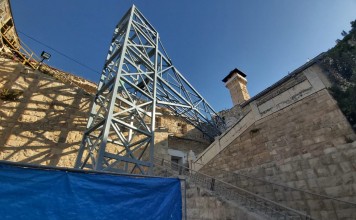 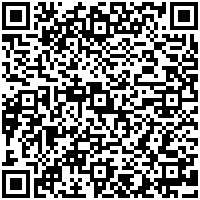