While in London, President Reuven Rivlin met with Prince Ghazi bin Mohammed, the chief advisor to Jordan’s King Abdullah II for Religious and Cultural Affairs. The meeting was held at the Jordanian Ambassador’s Residence, on Wednesday, to discuss collaboration on tourism initiatives on the shared border.

Rivlin was in London, at the invitation of the Portland Trust, for a special conference of heads of philanthropic funds who advance projects and initiatives in Israel and in the Middle East.


Rivlin’s office stated that the meeting with the Jordanians “took place in the spirit of open and productive dialog” and several issues were discussed, and especially the development of the Baptismal site and the progress of the Land of the Monasteries initiative to clear the area from land mines.

Rivlin has been leading in recent years the Land of the Monasteries initiative which includes the restoration of Christian religious sites along the Jordan River and the preparation of the area for pilgrims.

“Promoting and developing the site would be a significant element in building bridges between peoples and religions. The two sides look forward to continued dialog on the issue,” Rivlin’s office stated.

Jordan’s official Petra news underscored that the meeting was requested by the Israeli side and had been arranged months in advance, and that the Baptismal site was on the east bank of the Jordan River, on the Jordanian side.

No photo of the meeting was issued by either side.

The high-level meeting took place just days after King Abdullah announced that his country’s relations with Israel were at “an all-time low.”

Israel’s diplomatic relations with Jordan have been tense for years, and especially after the Hashemite Kingdom announced it would withdraw from part of the peace agreement with Israel.

While Jordan officially remains committed to the peace agreement, relations are limited largely to behind-the-scenes security ties and some cooperation on tourism and environmental issues.

The Jordanians overwhelmingly reject the peace agreement and any form of normalization with Israel. 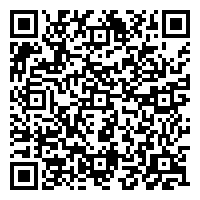