The Palestinian Authority (PA) accused Israel of systematically killing incarcerated terrorists after a convicted terrorist died of cancer on Tuesday while in Israeli custody.

Sami Abu Diyak, 37, a Fatah (Palestinian Authority) terrorist from the Silat al-Dahr village in Samaria, was sentenced in 2002 to three life terms and another 30 years, after being convicted of intentional homicide, kidnapping, shooting at people, and attempted murder.


He died at Assaf HaRofeh Hospital near Rishon LeZion.

The PA’s Prisoners Affairs Commission stated that Abu Diyak’s death was the result of an Israeli “policy of deliberate and systematic clinical killings by the Prison Services.”

The  PA’s Commission stated that Aby Diyak was diagnosed with intestinal cancer in September 2015 and claims his condition began to deteriorate “as a result of medical mistakes by the Israeli Soroka hospital” where he underwent surgery. He was then transferred to the Ramla prison clinic where they further claimed his health deteriorated “due to the dismal and unhygienic conditions of the prison.”

The Palestinian Authority Commission stated that they hold Israel “fully responsible” for Abu Diyak’s death due to what it claimed was “its racist crimes against Palestinians, such as physical and psychological torture, medical negligence of prisoners and other violations and procedures of torture against them, which come at the expense of the life of the Palestinian prisoner.”

The PA Commission also claimed that Abu Diyak’s death has generated “anger and condemnation” in the Israeli prisons in which the incarcerated terrorists are held. Prisoners reportedly “banged on the doors and called out the name of God as the prison services administration rushed to declare a state of alert and shut down all sections.”

Arabs at Silat al-Dahr and other locations in Judea and Samaria rioted Tuesday after the news of his death broke. 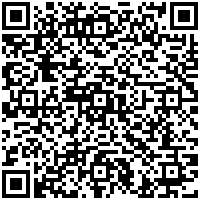