JERUSALEM – Mitt Romney’s policy speech in Israel covered plenty of bases: The presumptive Republican presidential candidate spoke about the status of Jerusalem, the threat of a nuclear Iran, the “tumult” of the Arab Spring and the “enduring shared values” that bedrock the U.S.-Israel relationship.

But there was one topic that gained little attention: Israel’s conflict with the Palestinians. The word “Palestinian” did not appear once in the speech on Sunday evening.

Romney’s campaign also canceled a meeting with Labor Party leader Shelly Yachimovich a few hours in advance. Labor traditionally has been more supportive of negotiations with the Palestinians than the ruling Likud Party.

During the primary campaign, Romney joined his fellow GOP candidates in slamming the Obama administration’s public criticism of Israeli settlement policy. But he also criticized Newt Gingrich’s assertion that the Palestinians were an “invented” people, suggesting that such talk was a “mistake” and “incendiary.”

President Obama’s Israel policy during his first two years focused on an aggressive push for Israeli-Palestinian talks, along with a demand that Israel freeze all settlement construction in the West Bank. Subsequent negotiations stalled, and the demand for a freeze created significant tension between Obama and Israeli Prime Minister Benjamin Netanyahu.

“The Palestinians were the main issue” for Obama, said Shmuel Sandler, a researcher at Israel’s Begin-Sadat Center. Romney, by contrast, “put the emphasis on Iran and Jerusalem. This was a way of differentiating himself from Obama.”

Sandler said that Romney, if elected, would follow four consecutive presidents, of both parties, who led major drives for Israeli-Palestinian peace.

Shlomo Brom, a senior research associate at the Israeli Institute for National Security Studies, suggested that despite Romney’s near silence on the Palestinians, he may still follow suit.

“The way people act in elections doesn’t predict what will be afterwards,” Brom said. “Romney doesn’t have a constituency in the United States that’s interested in the subject of the Palestinians.”

But with peace negotiations moribund for nearly two years, Brom said that Romney’s emphasizing the threat of a nuclear Iran and the Arab Spring also accords with what many Israelis see as the two most important issues facing the region.

On Sunday, Romney adviser Dan Senor said that a Romney administration would back a unilateral Israeli strike on Iran’s nuclear facilities. Though Romney and his aides subsequently appeared to step back from such an outright endorsement of Israeli military action, the Republican candidate did say that Israel has the “right to defend itself” and called denying Iran nuclear weapons “our highest national security priority.”

Romney also called on Egypt’s new president, Mohamed Morsi of the Muslim Brotherhood, to keep Egypt’s peace treaty with Israel and admonished Syrian President Bashar Assad, whom he called “no friend to Israel and no friend to America,” for killing his own citizens.

Sandler added that most Israelis at this point “realize that there’s not going to be a peace soon.” He attributed that realization to fundamental gaps between Israel and the Palestinian Authority on the status of Palestinian refugees, the fate of Israeli settlement blocs close to the West Bank border and whether eastern Jerusalem will be under Israeli or Palestinian sovereignty.

While Romney mostly kept away from the Palestinian issue in public, in private it did come up. During his Sunday speech at a closed fundraiser, he reportedly credited Israel’s GDP being much higher than that of the Palestinians to “the power of at least culture and a few other things,” including a strong pro-business climate, the travails of overcoming Jewish history’s blows and the “hand of providence.”

Saeb Erakat, a senior aide to Abbas, pounced on the comments.

“It is a racist statement and this man doesn’t realize that the Palestinian economy cannot reach its potential because there is an Israeli occupation,” he said, according to The Associated Press. Erekat also said it was “absolutely unacceptable” when Romney called Jerusalem “the capital of Israel.” 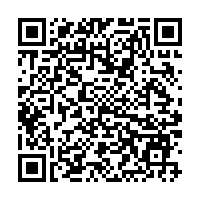