Huge traffic jams were observed throughout Israel Monday morning, due to the checkpoints set by the police to enforce the lockdown, as part of the new coronavirus restrictions approved by the government ahead of Rosh Hashanah. The Corona Cabinet is expected to convene on Tuesday to discuss tightening those restrictions even further. Cabinet ministers will hold preliminary consultations throughout the day Monday.

Police checkpoints are deployed at 40 points on inter-city highways across the country and police are conducting random checks to make sure the passengers inside the vehicles are complying with the regulations. Anyone caught violating traffic restrictions for no justifiable reason is likely to be fined.


Sources in the police emphasized in conversation with reporters that “traffic police officers, along with soldiers, will stop moving vehicles which are violating the regulations, and any citizen who is caught in them will be fined. If there are several citizens inside such a vehicle, each one of them will be fined for exceeding the permitted 500 meters from home (and we thought this was extended to a kilometer – DI). However, it is allowed to carry out sports activities as an individual or as a family, and you can go to the sea if you live near the beach.”

The Health Ministry supports the imposition of significant restrictions on working in the private sector, and tightening the enforcement in synagogues so prayers may be held only in open areas.

Corona Czar Prof. Ronni Gamzu opposes this approach and argues that the current restrictions should be given a chance to work first. In any case, all additional restrictions will take effect only after Yom Kippur, which starts next Sunday evening.

Gamzu told reshet Bet radio Monday morning that “demonstrations, large events, and gatherings should be avoided at this time, it is critical for all of us. All sectors need to wake up and understand that crowding kills daily. Every day with five thousand new patients this causes 25 deaths. Anyone who gathers in acrowd and looks for loopholes in the closure rules must understand this.”

Gamzu added that “we are in a complex emergency which is the same as a war. This weekend there will be 800 critically ill patients – it requires a change in behavior for all of us.”

As of Monday morning, there are 643 critically ill patients in Israel, out of whom 170 are on ventilators. So far, Israel has recorded 1,256 deaths from the coronavirus.

Gamzu says he is attempting to maintain a closure outline that won’t lead to the collapse of the economy nor cause an irreversible damage.

Among the changes in the restrictions being considered at this time is the reduction of work in the private sector, in the markets and in meeting places. There is widespread disagreement among cabinet ministers regarding further restrictions, with some claiming that in the absence of trust on the part of the Israeli public in the closure that’s already in force, no further restrictions can be imposed. 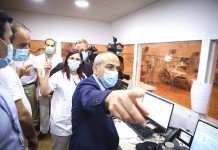 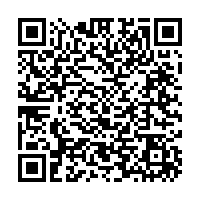