Jerusalem-born Natalie Portman (né Herschlag) is about to take over the big screens with the release this week of her latest Marvel Comics movie “Thor: Love and Thunder,” which is an object of curiosity around the world. In Poland, for instance, the website Fakt told its readers: Natalie Portman w najnowszej części przygód Thora prezentuje imponujące mięśnie. Wiemy, co jadła, by tak wyglądać! (Natalie Portman presents impressive muscles in the latest part of Thor’s adventures. We know what she ate to look like this!)

According to Fakt, Portman started her day at 7 AM. For breakfast, she eats oatmeal or nutritious avocado toast, full of complex carbohydrates, healthy fat, and protein. And, “since she has Jewish roots, she makes Israeli specialties from time to time, such as chickpea salad and tahini.” She has given up coffee, but on occasion reaches for a small espresso.


Instead of a traditional lunch, Portman drinks a protein shake, which, combined with strength training, helped her sculpt her muscles in preparation for her character, Jane Foster / Mighty Thor, an astrophysicist and Thor’s ex-girlfriend who is undergoing cancer treatment while becoming the superhero the Mighty Thor, gaining a costume and powers similar to Thor’s due to wielding a reconstructed version of his hammer Mjolnir (used both as a devastating weapon and as a divine instrument to provide blessings).

An aside: speaking to Dish Nation’s Andrew Freund, Portman acknowledged that the film is “the gayest movie ever made in the MCU (Marvel Cinematic Universe).”

Back to the lunch of champions: Portman, who has long declared herself a vegan, also ate guacamole, crispy oyster mushrooms, and baked cauliflower.

According to Fakt, while Natalie Portman usually eats lunch on the go, she likes to celebrate dinner at home, in the company of her family. “Both my husband and I like to cook,” she explained in an interview. “I make a lot of couscous salads and Middle Eastern food, and my husband does everything.”

The star also revealed that she has one sweet secret: she loves vegan ice cream. Before going to bed, he likes to eat a small portion of salty caramel or mint ice cream. However, he tries not to overeat them.

And now, for all of Poland to follow, Fakt offered the recipe for Chickpea and Tahini Salad: A Middle Eastern delicacy by Natalie Portman

And now, because you’ll be emailing us to complain if we didn’t, Portman’s Jewish stuff:

Portman is married to French dancer and choreographer Benjamin Millepied, with whom she has two children. The couple began dating in 2009 after having met on the set of Black Swan. They were wed in a Jewish ceremony in Big Sur, California, on August 4, 2012. In January 2014, Millepied said he was in the process of converting to Judaism.

In 2006, Portman said she felt more Jewish in Israel and that she would like to raise her children Jewish: “A priority for me is definitely that I’d like to raise my kids Jewish, but the ultimate thing is to have someone who is a good person and who is a partner.”

In 2018, Natalie Portman was to receive the Genesis prize, saying she refused to be on the same stage with then-Prime Minister Benjamin Netanyahu. But an email exchange between the Israel-born movie star and the Genesis prize committee suggested it was all about Gaza.

In her email to the Genesis committee on April 2, Portman wrote: “We have been following the news from Gaza with growing concern and we are worried that it won’t be appropriate to hold the ceremony given the government’s actions and the latest escalation.”

The Genesis Prize Foundation shot back: “Regarding canceling the ceremony, we have no plan to discuss that. The events in Gaza are the results of planned actions by Hamas, that are destined to sacrifice civilians for political benefit. Canceling the ceremony of this most prestigious Jewish prize in the world will play into the hands of Hamas and will be a slap in the face of the nation in Israel.” 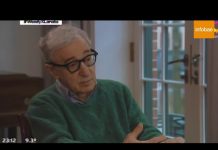 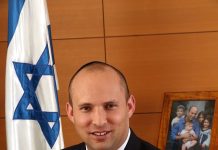 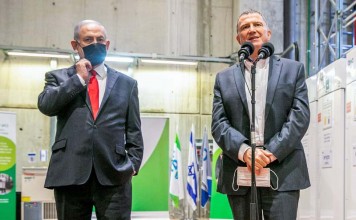 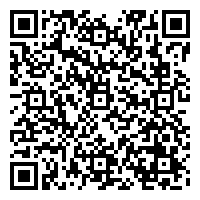