Genesis Prize, the $1 million award which is given annually to allegedly Jewish individuals who have attained recognition and excellence in their fields, will no longer involve Israel’s prime minister, because involving the PM in the process made it too political, JTA reported Monday.

The prize has been awarded in 2015 to actor Michael Douglas, who is halachically gentile, and in 2018 to actress Natalie Portman, who snubbed the prize because she is pro-Palestinian and hates Prime Minister Netanyahu – who was scheduled to hand her the million dollars.


The Genesis Prize Foundation announced that “despite the efforts of the partners to create a non-political award that unites the Jewish people, some have incorrectly interpreted the participation of the Office of the Prime Minister in the Genesis Prize as bringing a political dimension to this important initiative. This is the opposite of what the founders of the Prize intended.”

It could be a chicken and egg thing, though. Maybe the universe is unhappy with the idea that the Genesis Prize gives even more money to people who already have too much of it, and, well, eggs it. As was the case of the 2019 recipient, philanthropist Robert Kraft, owner of the New England Patriots, who took the money and a month later was charged with solicitation.

Maybe it’s the name. Maybe they should have called it the Money to Celebs award. Otherwise, how do you explain giving a million dollars in 2014 to Michael Bloomberg, who lost a million dollars just answering his phone?

George Soros never received the prize – maybe give it to him and he’ll never be invited to the really cool lefty parties anymore?

JTA noted that the annual Genesis Prize is nicknamed the “Jewish Nobel,” but the only thing the two prizes have in common is giving money to Jews. No one has ever wondered why a particular scientist received the Nobel prize for excellence in his or her field – other than folks who wondered why some other scientist was overlooked. But who understands why they gave the Genesis to Michael Douglas? I understand giving him an Oscar (he took two, one as actor in Wall Street, one as producer of One Flew Over the Cuckoo’s Nest).

The committee explained Douglas received the prize for “his body of work as an actor and producer; his passionate advocacy as a UN Messenger of Peace, focusing on human rights, gun violence prevention, and nuclear anti-proliferation work; and for his passion for his Jewish heritage.”

I’ll bet you they intended to give it to Kirk, and someone in the office called the wrong Douglas and by then it was too late.

This year’s winner is Natan Sharansky, who gets the Genesis in recognition of his role as a “legendary advocate for freedom, democracy and human rights.” No, man, that’s not Sharansky. Natan Sharansky was a Prisoner of Zion, a Jewish young man who stood up to the evil Soviet empire, one man, all alone, and won. They didn’t throw him in the gulag because he was a legendary advocate of universal ideals, they did it because he was a Jew.

The Genesis Prize was born as a partnership of the Israeli Prime Minister’s Office, the Genesis Prize Foundation and the Jewish Agency for Israel. Now they cut off Bibi Netanyahu because, you know, the indictments, and maybe he’ll annex some territories, he’s become their troubled Israeli cousin they befriended on Facebook.

Watch them give the 2021 Genesis to AOC. 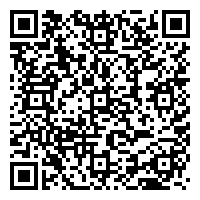