Palestinian Authority Justice Minister Mohammed al-Shalaldeh announced Sunday night that the bullet that killed al-Jazeera journalist Shereen Abu Aqleh was returned to the PA by the Americans after being tested in a lab. He noted that the PA was “waiting for the results of the investigation to be published by the US authorities.” The conclusions of the test, which was actually carried out by Israel, were delivered on Monday and were inconclusive.

On Saturday, the PA gave in to American pressure and agreed to submit the bullet that killed the journalist in Jenin almost two months ago for a ballistic examination. The PA’s attorney general stressed in an Al-Jazeera interview that his side would in no way hand over the bullet to the Israeli side, insisting that the PA only agreed that the Americans would check it. However, despite his vociferous denial, Israeli officials said the testing of the bullet was carried out by Israel, under US supervision.


The Americans put heavy pressure on the PA to agree to the transfer of the bullet to determine who killed Abu Aqleh – an IDF soldier or PA Arab terrorists. Before Saturday, the PA vehemently refused to hand over the bullet, claiming they did not trust the Israeli inspection. But then the Americans reportedly conditioned President Joe Biden’s visit to Ramallah on the bullet, and Chairman Mahmoud Abbas finally cried Uncle.

Freshman Prime Minister Yair Lapid was reportedly also involved in the negotiations to turn over the bullet. And now we wait. 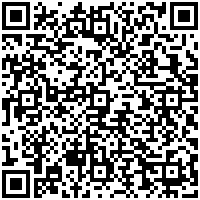