As Volodymyr Zelensky is preparing to become Ukraine’s new president on Monday, a source close to the president-elect has told Kan News that his country would be happy if Israel helped calm tensions between Russia and Ukraine, especially regarding events in the eastern part of the country.

The source stressed: “We have not yet asked for such a thing from Israel and if it is decided to ask – it will be done only after the swearing-in.” The source reiterated that any assistance to calm the situation was welcome.

A Kremlin spokesman said last Thursday that Moscow was not aware of “any plans on possible contacts” between President Vladimir Putin and Zelensky following the inauguration. Putin is yet to congratulate Zelensky on his victory.

Zelensky, 41, a former comedian who is the country’s first Jewish president, was elected on April 21 with more than 73% of votes. Meanwhile, he has learned his first lesson as president-elect in grownup politics: his inauguration was scheduled for Monday at 10 AM local time, in parliament, but the celebration comes against a background of new parliamentary instability, after Ukraine’s coalition government collapsed on May 17, when the People’s Front party, the second largest in parliament, withdrew from the coalition.

Zelensky was planning to dissolve parliament and call for early elections, and the latest move by People’s Front leader Maksym Burbak was an attempt to prevent the new president’s move to dissolve parliament and call for a snap election, according to Radio Free Europe. If Zelensky is unable to call for early elections, the regular elections are scheduled for October 27.

The deadline for resolving parliament was May 19, which is when Zelensky wanted to take office originally, but was outmaneuvered by parliament. 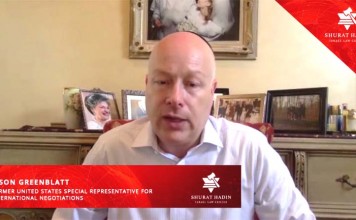