Rabbi Uri Zohar fell in his home Thursday morning, and the medics who rushed to his side performed CPR on him for more than an hour but in the end, were forced to call his death. The coverage of his passing offered a remarkable distinction between Israel’s religious press, compared to the secular, with one exception: they all loved and admired this man who was destined to be a culture hero and an inspiring innovator no matter where he turned.

He was born in Tel Aviv, in 1935, and for the first 25 years or so of his adult life was renowned as one of Israel’s most talented actors, stand-up comics, screenwriters, and film directors. His film “Three Days and a Child” based on the novel by A. B. Yehoshua, received critical acclaim and its star, Oded Kotler, won the Acting Award at the Cannes Film Festival. For those 25 years, you couldn’t talk about Israeli popular culture without referring to his enormous contributions. Israelis loved his direct and occasionally blunt sense of humor and irony, his daring vulnerability, and his love for the values they shared. He and his long-time friend and artistic partner, the late singer Arik Einstein, were poster boys for secular Israel’s most cheerful view of itself.


And then, practically overnight, Uri Zohar switched sides to examine and then follow his Jewish roots, with the same vigor and excitement that characterized his show biz career. His small book, “Choose Life,” influenced a generation of Israelis who followed in his path to a life of mitzvah observance. Rabbi Zohar used his skills to promote religious Jewish life and was unafraid to confront the people he used to entertain with a radically different message, although with his familiar personal touch.

Israel was much smaller and more homogeneous in the 1970s, with a limited number of media outlets, a fact that greatly enhanced Rabbi Zohar’s impact on Israeli society, more so on the secular side.

Lior Schlein, a sworn anti-religious Israeli entertainer whose personality is astonishingly reminiscent of Uri Zohar circa 1970, expressed secular Israel’s ambivalence about Zohar in a Tweet: “Thanks for the movies and sketches, Uri. We didn’t exactly agree on all the matters of God and the next world, but today I hope for your sake that you were right.”

The Chief Rabbi of Israel, Rabbi David Lau, offered the religious community’s view: “Together with all the people of Israel, I mourn this morning the departure a great man, my beloved friend, the righteous Rabbi Uri Zohar, who was an exemplary figure in our generation, paved the way to the roots of the people and returned many away from sin. He was privileged to live a meaningful life of Torah, in modesty and humility, out of devotion to the Blessed Creator.”

In my humble opinion, both notes are absolutely right. Uri Zohar of my youth offered a secular promise and a catharsis the moment you turned on your radio or TV to hear and see him. He then offered a God-loving promise and reward with the same all-out availability and connection.

Rabbi Uri Zohar’s funeral procession will depart at 4:00 PM from his home on Zichron Yaacov Street in Jerusalem to the Givat Shaul Cemetery.

A Prayer Regarding Politics And The News 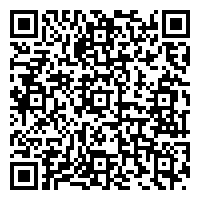