The aroma of new elections is definitely permeating Israel’s air, together with a surprisingly mild summer. Both are very nice things, and so far, the biggest winners should the Lapid-Bennett government fall are MKs Bezalel Smotrich and Itamar Ben Gvir, possibly the most right-wing politicians in the House today. But there’s even more news: while the last time around it was Smotrich who––with then-Prime Minister Benjamin Netanyahu’s urging––gave Otzma Yehudit Chairman Ben Gvir life by adding him to his Religious Zionism slate, today’s polls appear to reverse their correlation:

A Panels Politics May 27 poll predicted that Religious Zionism would collect 9 seats (compared to its current 6); but the same poll went ahead to suggest that, had Ben Gvir run on his own, he would have gotten 6 seats, and Smotrich only 5.


Did the poll impact the Otzma Yehudit chairman’s thinking? Hopefully not, as he put it in an interview on Kol Ba’Rama radio: “Polls are a good thing, but we aren’t tailoring new suits for ourselves. We believe in hard work and will continue to fight for the people of Israel.”

Recent history appears to support Ben Gvir’s refusal to get excited over poll results, and the poll I mentioned brings to mind one of the saddest stories in the annals of national-religious politics in Israel: the creation of the new party “The new right led by Bennett and Shaked” was announced one Saturday night by, well, Bennett and Shaked, on December 29, 2018. They had split from HaBayit HaYehudi with a ticket that sought to bring in secular, right-wing voters who didn’t want the religious agenda of the heirs of the historic NRP. It was also no secret that Bennett, with his nickel-size yarmulke, had had enough with the Hardalim (Haredi-Zionist) faction in his party, who had recently defeated his candidate for Chief Rabbi, Rabbi David Stav.

The thinking was––and Smotrich was reportedly in full agreement at the time––that running separately, New Right and Habayit HaYehudi could maybe double their Knesset seats. Sadly, they didn’t. In fact, The new right led by Bennett and Shaked didn’t make it across the 3.25% threshold vote.

Ben Gvir is thriving as the bad boy of Religious Zionism, creating exciting street theater the way only he can, and on occasion overshadowing his benefactor, Smotrich. But if Smotrich can handle it, as I believe he does, their combined presence on the Religious Zionism ticket could bring them the bulk of the traditional NRP voters, which is worth 12 seats – not more than that, but also not less. Meanwhile, Bennett and Shaked would say HaGomel if Heaven grants them 4 or 5 seats.

Having said that, the near future appears bright for Smotrich and Ben Gvir, judging by the recent polls:

A May 28 Midgam poll gave them 8 seats, which is not as good as Panels Politics’ 11, but better than their current 6.

Then, on June 7, Kan 11 gave them 10 seats and showed them as the third-largest Knesset faction.

And on Saturday night, Panels Politics gave them 11 seats again.

Which was followed by a Channel 13 poll that predicted 9 seats.

It’s actually heartwarming to see the excitable Itamar Ben Gvir responding like a cool-headed, mature politician when it comes to the numbers. That’s the secret to political success, and, don’t forget, I want to see him taking over the post of Internal Security Minister. Even for just a month… 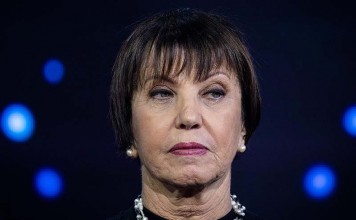