Likud Chairman Benjamin Netanyahu plans to ask President Isaac Herzog to extend his mandate to form the next government over difficulties in the coalition negotiations, Kan 11 reported Tuesday night.

Sources in Likud estimate that Netanyahu will not be able to swear in his government by the end of the current mandate in 11 days. Some of the PM elect’s problems are his difficulties in replacing the Speaker of the Knesset, without which the future coalition will not be able to amend a law that currently bans Shas Chairman Aryeh Deri from becoming a minister while on a court-imposed probation, and pass the Ben Gvir law imposing three years in jail on anyone interfering with the activities of IDF soldiers.

Another amendment that must be passed early on, if not even before the government is sworn in, will change the relationship between the internal security minister (Ben Gvir) and the Israel Police, moving the power to establish policy to the minister.

As Ben Gvir has been telling anyone with a microphone this week, the internal security minister is the only member of the cabinet who can’t intervene in setting up policy – which would greatly interfere with his planned reforms.

For the time being, United Torah Judaism is delaying the process of collecting the needed MKs’ signatures to replace the Speaker of the Knesset, without whom no new right-wing legislation is possible.

At the same time, Netanyahu met for six rigorous hours overnight Wednesday with Religious Zionism Chairman Bezalel Smotrich, and sources in Religious Zionism sounded quite optimistic afterward, announcing “We discussed at the level of details and made a lot of progress, there are a few items still open, we are on the way to the signing.”

According to some media reports (which the Religious Zionist party says are just not true), Smotrich will be the Minister of Finance until 2025, and then he will rotate out to become the Interior Minister and Minister of Settlements.

MK Simcha Rothman will be the chairman of the Constitution, Law, and Justice committee. You can bet he’s happy.

The Religious Zionist party released a statement that these reports on the various positions are incorrect, and they will be releasing the actual and correct portfolio assignments once the agreement is signed. [This report will be updated as soon as that information is available.]

Netanyahu wants to appoint a permanent Knesset Speaker this week, and skip the option of choosing a temporary speaker. The candidates for the job are Likud MKs Yoav Kish, Ofir Akunis, and Amir Ohana. Danny Danon, who has been declaring his desire for the appointment on every conceivable airway is not, apparently, in consideration.

Netanyahu’s preferred schedule would be electing a new Speaker next Monday, passing the Deri amendment next Wednesday, and swearing in his new government a week from Monday, December 12.

Netanyahu is also busy putting out brushfires inside his own party, as senior Likud members are enraged by the fact that so many high-level portfolios are being doled out to the coalition partners. The future PM is considering giving the Foreign Ministry, one of the top three portfolios, to Likud MK Yisrael Katz, even though Katz came in 12th in the last primaries. MK David Amsalem, who came in fifth, is still unhappy, as are MKs David Bitan and Haim Katz. At this point, the only other heavy portfolio is Defense (if Finance goes to Smotrich), and the candidates for it are former IDF deputy chief of staff Yoav Galant and former Shin Bet chief Avi Dichter. 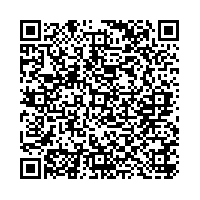