On Wednesday, Israeli media was turned into a three-ring circus of blame-counter-blame, with folks on the left calling Kedar delusional, and folks on the right demanding to reopen the case (See: It Took 12 Hours: Bar Ilan U Cancels US Trip of Professor Who Claimed Yigal Amir Didn’t Murder Rabin).

The university invited Dr. Kedar to a special hearing about his conduct, which has never been done before in an Israeli academic institute regarding an academic’s statements made on his own time away from the university grounds. If Israeli universities started prosecuting their faculty members on the crazy stuff they say away from their lecture halls—and so often while teaching in those halls—they’d be left with the janitors and cafeteria staff to teach the students (which would not necessarily be a bad thing).

But, as our own headline suggested, Bar Ilan University took one immediate measure against Kedar, canceling his participation in a conference in America (we said US, it was later reported the conference was held in south America).

But on Thursday morning, Kedar told right-leaning radio station Galey Israel: “They haven’t canceled any of my trips to south America [as punishment], it was canceled a week ago due to technical circumstances. And it wasn’t a conference but a fundraising trip.”

He added: “This country is having such a masquerade ball – I’m keeping my calm.”

Good for you, Dr. Kedar, all you did was light the fuse…

In his short but explosive speech, Kedar suggested the real killer was a man whose initials are Y.R. – but not Yitzhak Rabin.

To most Israelis who were 12 or older in 1995, this was not much of a mystery. Y.R. has to be Yoram Rubin, the head of Rabin’s security squad.

What I write next does not constitute an endorsement of Kedar’s view, nor a suggestion that Yoram Rubin was Rabin’s murderer.

According to the Shamgar committee, which investigated the murder, after the shots were heard, the head of the security squad, Yoram Rubin, with the help of others, put the prime minister in the vehicle (and not the ambulance standing by), and instructed the chauffeur to drive. At this stage it was not clear whether the prime minister had been hurt. None of the medical resources that were on hand at the square were used and no contact was made with the hospital.

About half a minute after the car had taken off, the prime minister dropped his head and Yoram Rubin tried to apply mouth-to-mouth resuscitation, but failed. The prime minister’s car drove to Ichilov Hospital via Arlozorov Street, and arrived at the hospital in a minute and a half, according to the chauffeur. Once at the hospital, the chauffeur asked for a stretcher, and he, Rubin, and a police officer put Rabin on the stretcher and ran with him to the trauma room.

What Kedar implied on Tuesday, which numerous rightwing conspiracy theorists have been suggesting for years, is that at some point during the ride described above, Yoram Rubin shot the prime minister.

Incidentally, according to surveys published over the past quarter century, about 25% of the Israeli public believe Rabin was not assassinated by Yigal Amir. 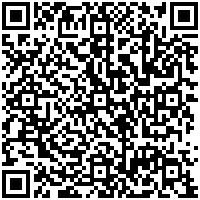