The Knesset Finance Committee on Monday approved for a final plenum vote in the Knesset plenum a bill guaranteeing non-religious employees, like their religious counterparts, the right to refuse to work on Shabbat.

Currently, the Hours of Work and Rest Law stipulates that religious employees can refuse to work on their religious day of rest without fear of dismissal or other punitive action by their employers, but this right is not enjoyed by their fellow non-practicing workers.

Amendment 15 to the Hours of Work and Rest Law will allow workers who have not declared themselves to be religious and who have worked on their day of rest in the past, to refuse a request to work on that day.

However, a ministerial committee will be established to evaluate requests from businesses wishing to be exempt from the law, depending on their specific and unique reasons.

Institutions and businesses involved in state security, public health, electricity supply and the hospitality industry will be exempted, meaning they could fire an employee who refuses to work on Shabbat, and replace him or her with one who would.

The Ministry of Labor, Social Affairs and Social Services filed an official objection to the bill. The ministry’s legal advisor, Attorney Ayelet Zeldin, told the Finance Committee: “We fear that people who normally work on Shabbat would demand to earn more money (Israeli workers can earn 150% and even 200% of their base pay for working on Shabbat). This will result in a very heavy burden on the employers.”

After the Committee rejected a number of reservations, the bill was approved for its second and third (final) readings in the Knesset plenum. 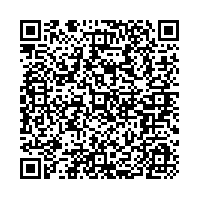