An in-depth, 50-page research report issued by the Hotam organization examines the connections, activities and sources of funding of the Free Israel movement, founded in 2009, which defines itself as “a grassroots movement that strives for an Israeli society that practices cultural and religious pluralism, protects civil rights, and upholds the principles of democracy and Zionism as put forth in the Declaration of Independence.”

Free Israel is at the forefront of a campaign smearing the religious establishment, both Haredi and Zionist of “Hadatta,” which is best translated as a religious conspiracy to force Israelis to embrace Judaism.

The report shows that “Free Israel” is the executive arm of the Meretz Party, with many of its members also belonging to Meretz. It is funded mostly by foreign sources and has been involved in years of slandering rabbis and persecuting the religious and ultra-Orthodox public.

The movement, which is striving to turn the public space in Israel completely secular, is behind several recent campaigns, including the push for public transportation on Shabbat, the integration of women into IDF combat roles, and the fight against traditional marriages.

The separation between Meretz and Free Israel is vital to the latter’s success, since NGOs affiliated with political parties are not entitled to tax exemptions for the donations they receive. Yet no less than ten members of the movement’s executive committee serve or have served in various positions in Meretz. A former Meretz MK, Nitzan Horowitz, is considered to be the thinker behind the founding of Free Israel, and the report suggests there is evidence that he continued to guide and direct it even during his tenure as MK.

Two of the founders of Free Israel, Shai Even and Miki Gitzin, served as elected council members for Meretz in Raanana and Tel Aviv. Even also served as chairman of the party’s young leadership.

The messages broadcast by the Free Israel movement and the Meretz party are remarkably similar: following the defeat of the left in the 2015 elections, Meretz Chairperson MK Zahava Gal-On called for storming the education system as a means of reaching the government table. Almost identically, Gitzin, until recently the director general of Free Israel, praised the removal of traditional Jewish study materials from the educational curriculum and added: “The next step – to replace the government.”

The Hotam report points out that local branches of Free Israel are supported by Meretz elected officials in cities such as Ra’anana, Givatayim, and Kfar Saba, and many Free Israel local leaders have often served as Meretz party activists in those places. In addition, local Free Israel branches publish messages supporting Meretz. For example, ahead of the municipal elections that were held in Givatayim in October, the local Free Israel branch, Free Givatayim, published repeated messages of support for the Meretz faction. A month before that election, in September of that year, Free Givatayim ran a support ad for Meretz on its Facebook page.

Another statistic offered by the report, which refutes the popular and spontaneous facade that Free Israel is claiming, has to do with the generous funding it receives from the New Israel Fund. Between 2011-2015, the New Israel Fund transferred $570,732 with the annual amounts increasing each year. In fact, Free Israel receives donations from so many foreign foundations, in 2015 only 2.5% of its funding came from Israeli citizens.

In other words, it’s what’s known in some circles as a hostile takeover.

In addition, the report reviews a long list of persecutions and incitement against rabbis and the religious and ultra-Orthodox public. It reviews a series of campaigns led by Free Israel against the Chief Rabbinate. One Free Israel campaign promotes intermarriage, launched in cooperation with the New Israel Fund. As part of this campaign, a video was distributed on the Internet that legitimizes intermarriage. The campaign was conducted mainly in English and presented the topic in a manner suited to communities abroad, in order to spur them to take part in the struggle against the Chief Rabbinate on the issue of marriage in Israel.

A Free Israel video published in February 2017 uses children to encourage non-rabbinic marriages, where the cute children also suggest this would be a great way to obtain a legal same-sex marriage status in Israel (see above). 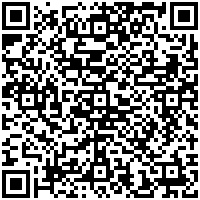