The Recruitment Law regulating equality in IDF service by all young Israeli men and women who reach age 18 threatens yet another coalition crisis. On Tuesday, MK Moshe Gafni (United Torah Judaism) warned that he and his party would no longer be voting for the coalition’s “delusional laws,” stressing that the law in question is due for a vote in the plenum on Wednesday.

Gafni, who serves as chairman of the Knesset Finance Committee, threatened that his faction would stop voting for coalition legislation until a draft law favoring Haredi youths is passed.


In response, Opposition Chairman Yitzhak Herzog wondered if the ban included the pending budget vote, but did not receive an answer.

On Sunday it appeared that the crisis was over, after the Haredim had been promised a vote on just the kind of draft law they wanted, but then Defense Minister Avigdor Liberman (Yisrael Beiteinu) went on Facebook to clarify that his faction only supports a draft bill authored by the professional team dealing with the issue in the defense department, and which does not include representatives of the Haredi parties.

Last week, the two rabbinical councils advising the Hassidic and Lithuanian branches of UTJ instructed the party MKs to demand that the draft law be voted on ahead of the budget vote, with a big emphasis on disallowing drafting Haredi young women.

Currently, the very fabric of the coalition is threatening to tear at the seams because of a fundamental gap between the promise given the Haredi partners in their coalition contract, and the High Court of Justice directive to the Netanyahu government.

Minister Liberman is riding the battle of the titans in the hope of extending his voters’ circle beyond just folks who speak Russian – but the real war id between the Haredim and the Justices. 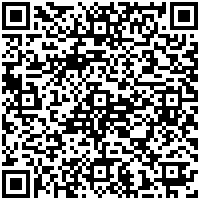