President Reuven Rivlin on Monday participated in the first education conference of Bnei Akiva Yeshivot and Ulpanot, together with the newspaper Makor Rishon, where he gave a class entitled “The Boundaries of the Israeli Classroom.”

The president began: “We should look the next generation of children growing up here straight in the eye and ask without fear who is entitled and invited to enter the Israeli classroom, and who stays outside. It is a sensitive and complex question, which breaks down into groups, sub-groups and individuals.”


He talked about the make-up of classes in Israeli schools and the exclusion of certain sectors of society, saying “The month of Marcheshvan is either notorious or blessed, depending on who you ask, for having no Jewish holidays in it and its the long and unbroken routine. But in recent decades, since the immigration of Jews from Ethiopia to Israel, Marcheshvan has gotten its own holiday, the Sigd. Do we celebrate that holiday? Does it get mentioned in our classrooms? Do Ethiopian-Israeli children, and the children of Ethiopian-Israelis feel that the Israeli classroom includes them too? Can we finally do away with the saying that Marcheshvan is a ‘bitter’ month because it has no holidays in it?”

“Recently, the presidential residence’s ‘Israeli Hope’ initiative, together with the Ministry of Education, has promoted a program for schoolchildren to get to know Israeli society,” Rivlin said. “There were some concerns about the program, and there still are. This is delicate work, because it requires us to learn the complex art of openness that knows how to set boundaries.

“We must ask ourselves again and again how to open up, how far and to what extent, so that the things that are closest to our hearts are not threatened. Is it possible? I will say to you in all honesty that I do not know. But I do believe that we do not have the right to stop hoping, or to desist from this demanding and delicate work, and when I look at the audience sitting here today and at the experts who have an open mind and heart to listening, to learning and to teaching, both to observe and to do at the same time, I know that hope is based on something solid.” 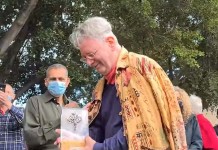 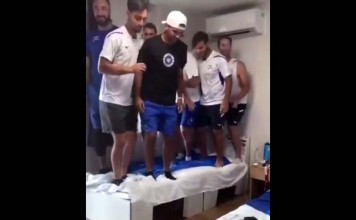 How Many Israeli Olympic Baseball Players Does It Take to Destroy a Bed?