One man stood out among the thousands upon thousands of demonstrators who left home on a chilly Saturday night to protest Prime Minister Netanyahu’s corruption in the streets of Tel Aviv, Jerusalem, Haifa and several other cities, carrying the most provocative sign to date: a guillotine.


The visual effect of the old death machine was so captivating, hardly anyone bothered to take pictures of a group of pro-BDS demonstrators near the glass walls of the Habima national theater. That one was a delight for history buffs who would have argued that the famous 1926 Habima tour of the United States would probably have been protested by these same BDS demonstrators.

Roaming in the crowd on Rothschild Boulevard, Amit Brin, a designer, was so good at diverting attention from the serious issues at hand – a prime minister at war with police investigators – he might as well have been on the Likud payroll.

President Reuven Rivlin, for instance, called the sign “A clear incitement that crosses the boundaries of freedom of expression and protest,” and called on every Israeli to condemn and denounce “the clear statements implied by the evocation of such an exhibit.”

The Likud party denounced the sign as “incitement to assassinate Prime Minister Netanyahu,” warning that “along with denunciations of Zionism, the leftist demonstration on Rothschild crossed every the red line.”

Minister of Education and Habayit Hayehudi Chairman Naftali Bennett tweeted that “the demonstrations themselves are legitimate, but this madness must be stopped before it is too late,” and shared images of other signs, including one marked “Enough with Zionism.”

Minister of Finance and Kulanu Chairman Moshe Kahlon also warned guillotine “crossed the red line,” adding that “the right to demonstrate is not the right to incite.”

For his part, Amit Brin posted on his Facebook page a hurried explanation claiming, “I am a pacifist and I oppose any kind of violence. Throughout my life I have never used violence and have no intention of doing so in the future. This is how I educate my children, and I ask anyone who interpreted what I said or did as a call to violence to stop. Anyone who understood my words or actions that I call upon him to act violently was misled.”

The Tel Aviv-based designer explained that his clever sign combined the cigar guillotine – a reference to the prime minister penchant for expensive cigars, which police have suggested he received illegally by the bushel from rich friends – with the real guillotine, the one that ended the lives of corrupt aristocrats in the streets of Paris in 1789.

“I repeat and makes it clear that I, or anyone I know, have no intention of using either of these two,” Brin said, “But those who use them in order to sic you after me – is distracting you from the goals of the protests and uses them to coerce us into one another to shirk their own responsibility.”

Israel is easily stirred by suggestive political art. Despite the explosion of media outlets, the local culture is still very cohesive, and so a visual gesture unearths years of a common racial memory – such as the keffiyeh photo montage image of President Rivlin which, in a less crazed society would have been received as mild criticism of a former rightwinger turned Arabist. In Israel, this satirical wannabe took the racial memory directly to the posters of Prime Minister Yitzhak Rabin wearing a keffiyeh or Nazi uniform hung up in the streets in the days before his assassination. And so police launched an investigation not of a trite attempt at political satire, but of a call to assassinate the president.

Incidentally, despite repeated notes from the right, leftwing media continue to ignore the fact that the bulk of those offensive posters back in 1995 were prepared and distributed by clandestine government agents.

Brin’s guillotine sideshow did not completely divert attention from the fact that Israelis, on the left and on the right, are angry at their prime minister for showing poor judgment – if not worse – in accepting thousands of dollars worth of luxury gifts from friends who needed his political backing. Instead of being contrite and doing away this way with much of his police troubles, Netanyahu is being braggadocios, and his tone these days is more a shriek than a snide. As if he, too, believes the prevailing view that Israelis would continue to give him their vote because, after a decade, they cannot imagine a substitute. 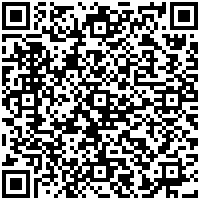