Rabbi Ido Pachter, who last year left his post as rabbi of a Young Israel congregation in Netanya to join the Ne’emanei Torah Va’Avodah movement which supports democratizing the State-controlled religious services so the public gets to play a greater role in religious decision-making, on Thursday wrote in Srugim (הבית הפוליטי הבא של הציונות הדתית המתונה) that as things are looking today, moderate religious Zionists are not going to have their own independent representation in the next Knesset, and the alternative for them should be outside the Religious Zionism party.

“Following Bennett’s retirement from running in the next election, and the expected disintegration of the Yamina party, all that remains is the Religious Zionist Party, led by Bezalel Smotrich, which, contrary to its name, does not represent the religious Zionist sector in general but only its Hardali (nationalist-Haredi) faction,” wrote Rabbi Pachter.


He laments that “in the absence of an alternative, many religious Zionists are going to overcome their considerable difficulty and vote for the Religious Zionist Party. Others will spread their votes among the other parties.”

But despite the utter failure of Yamina under Naftali Bennett, Rabbi Pachter believes “this reality presents an unprecedented opportunity for us [moderate religious Zionists] and for Israeli society as a whole. This is a moment of accountability for moderate religious Zionism, which through proper utilization of the situation can break out in renewed forces and rise to its next level.”

Rabbi Pachter reminds his readers that religious Zionism’s roots are in the historic NRP (National Religious Party), which identified itself as a moderate and mediating force in Israeli society. It took on the role of strengthening the Jewish connection through cooperation with secular Zionism, and not overpowering it. That’s why the NRP was so concerned about education (several education ministers in the 1960s, ‘70s, and ‘80s came from the NRP.

“The historic NRP was not an extreme right but a center party, which participated in left-wing-led coalitions, very much unlike the current sectoral party,” he reminded his readers, noting that the movement’s name, Mizrahi, was an acronym for Merkaz Ruhani (spiritual center).”

“Until now, the justification for the sectoral isolation has been the lack of interest of the secular parties in issues of Jewish identity. But now that’s changing. The Jewish story is becoming a matter of common interest to all parties, as we saw in the last coalition, and this is the place for religious Zionism to fully integrate into the whole of Israeli society and to build the new spiritual level it is seeking – Israeli Judaism,” he declared, concluding:

“Moderate religious Zionism can contribute to the construction of a new Jewish-Israeli identity, which grows out of an encounter between Judaism and Zionism, tradition and progress, religious, traditional and secular. It has a lot to offer – knowledge of the traditional sources, tolerance for a variety of opinions, and a lot of ideological fervor. At the same time, its world is not immersed in condescension to those who are not its ilk but instead desires to develop a real partnership with various forces in Israeli society.

“Just as it exists in the field: in the preparatory schools, in the mixed communities, in the integrative seminaries, and in all the public institutions where religious and secular people work together, religious Zionists have an opportunity to follow suit in politics. We should integrate into the various parties and offer them to take joint responsibility for the Jewish identity of the state. I believe this is the next Jewish home of moderate religious Zionism.” 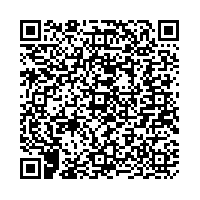