A few weeks after they had laid the cornerstone for their permanent settlement, on Tuesday the residents of Migron in the Binyamin Region received serious Hanukah gelt in the form of 14 million shekels ($3.75 Million) from the government to help them build their new home.

The funds are compensation for the damage caused by the 2012 evacuation of the settlement from its original location, about a mile away. The money will be used to support the relocation of the Visitors’ Center and winery to the new settlement.


The Mateh Binyamin Regional Council noted that they had been negotiating with the Prime Minister’s Office over the past few months regarding the receipt of funds.

On November 1, six years after the residents of Migron had been uprooted from their original settlement, where they lived for 13 years, they moved to a permanent settlement in Givat Hayekev, near Kochav Ya’akov. On a clear day, one can see the old settlement from the new location…

It is estimated that the total sum due the evicted settlers of Migron is more than 30 million shekel ($8 million). According to the council, it has reached an agreement with the PM’s office that the land in Givat Hayekev would be allocated for residential use, which would facilitate the quick permanent construction of the settlement. In addition, ownership of the winery, public buildings, and the caravans site will be transferred to the council.

Responding to a petition filed in 2006 by Peace Now, Israel’s High Court of Justice ruled on August 2, 2011 that Migron was illegally built on lands belonging to Arabs and ordered the government to dismantle the settlement by April 2012. The government decided not to obey the court order, and instead pursued an agreement with the settlers that gave them time to delay the move until the end of November 2015. However, on March 25, 2012, the High Court reaffirmed its earlier ruling, noting the government had admitted the settlement had been built on privately owned Arab land. The court ordered the IDF to evacuate Migron by August 1, 2012, while making clear that this court ruling is an obligation, not a choice. On September 2, 2012, the evacuation of Migron was completed, after the residents had agreed to relocate to a new site a few hundred meters south of the former location. The site, built by the government in great haste, consisted of 50 prefabricated housing units (caravans) built on state land.

And so, it has taken Peace Now and the High Court of Justice seven years and $8 million to move 50 Israeli families about one mile. To quote one more time the immortal Cary Grant, in Arsenic and Old Lace: “Insanity runs in my family. It practically gallops.” 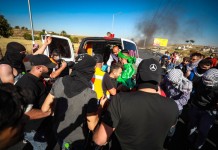 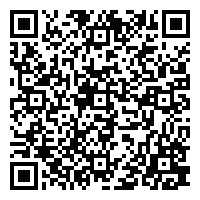