Ari Fuld HY”D was a leading member of the Efrat Kitat Konenut, the elite counter-terrorist unit that protects the Gush Etzion town from terror attacks. When Ari’s wife Miriam learned that when the team was going out on emergency calls and not everyone always had a coronavirus mask handy, she quickly ordered reusable cotton masks from B-Good, a Jerusalem supplier.


Mr. Hanson profusely thanked the family and recalled how Ari would watch over everyone while he was alive and continued to do so now.

“Thank you to the Fuld Family and The Ari Fuld Project for providing the Kitat Konenut with masks so that we can be safe, while guarding our families, friends and neighbors. Even from above, Ari is protecting his brothers-in-arms,” Hanson told the Fuld family.

On Monday evening, Israel is commemorating Yom HaZikaron, Israel’s Memorial Day, when the country remembers and honors those who have fallen in battle and to terror attacks.

Ari Fuld was a teacher, an elite soldier, a Torah scholar, and a pro-Israel activist. He promoted Aliyah, love for the land of Israel, helping IDF soldiers, learning Torah and being proud to be Jewish.

One of Ari’s passions was getting much-needed equipment, as well as food and chocolate, for IDF soldiers and security personnel.

Ari was murdered by an Arab terrorist on September 16, 2018. The terrorist stabbed him in the back outside a Gush Etzion shopping center. Despite his mortal wounds, and true to form, Ari’s last act was to chase the terrorist down and shoot him, preventing the terrorist from harming anyone else. 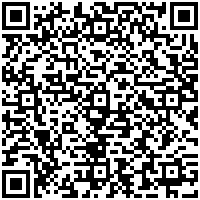