A well-known stall vendor in the iconic Mahane Yehuda open air market has died by his own hand after becoming overwhelmed this weekend by Israel’s economic fallout from the COVID-19 novel coronavirus pandemic.

The tragedy was made public on Sunday by the IDF Galei Tzahal Army Radio.


The open air market was subsequently the scene of an angry demonstration by dozens of Mahane Yehuda stall owners, who clashed with police officers.

There was one arrest.

The vendors are extremely upset because they are still not being allowed to reopen their businesses, even though other stores have been given the go-ahead to open their doors elsewhere around the country.

“I support the merchants and I am entirely on their side,” Jerusalem Mayor Moshe Leon said in a statement. “I believe there is no reason why other businesses should be allowed to open, and not the market,” he said.

“I hope the government will soon allow the reopening of Mahane Yehuda, which represents a source of income for hundreds of families in Jerusalem,” Leon added, promising “not to abandon the merchants in this battle.”

Only malls and open air markets are being forced by the government to remain closed at this point – and the vendors say they will face bankruptcy if the government does not reverse its policy. 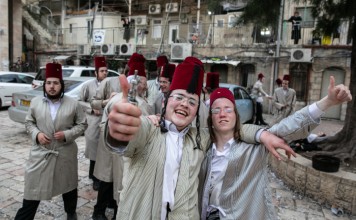 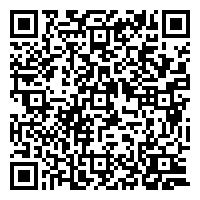