The first caravilla (combination caravan + villa) for the future residents of Amichai – the forty or so families evacuated more than a year ago from Amona in Samaria – was laid on the ground on Wednesday morning, Srugim reported. Additional caravillas—31 altogether—will be hauled in this week, to accommodate the families who have lived for more than a year at the Midrasha school in Ofra under less than adequate conditions.

The Amichai settlement is located on a hill east of the Shiloh settlements bloc and north of the Shiloh valley, between Shvut Rachel and Adey Ad. The outpost Geulat Zion (established in 2011) stands on a nearby hill, where Amichai is expected to expand in the future.


In February 2017, before the evacuation of Amona, following years of confrontations with hostile Israeli governments and a succession of High Court of Justice rulings in favor of the dubious claims of local Arab landowners, Prime Minister Benjamin Netanyahu had given his word to the families of Amona to resettle them in a new, legal settlement in the area. On June 20, 2017, work began on the infrastructure of Amichai, with the blessings of the Attorney General.

Benjamin Regional Council officials expressed their exuberance Wednesday morning, stating: “After a long and difficult year during which we lived as refugees in a youth hostel, after the difficult uprooting that we have undergone from our homes, from the land of our childhood, today, the first caravans will ascend to the new settlement that we have established, Amichai, and all of it in broad daylight.”

“Today we begin to see the light at the end of the tunnel,” the statement continued, “And we are very much anticipating leaving the hostel before Passover and moving with great joy to Amichai.” 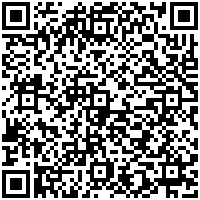