Yes you read that correctly: according to Salon, Israeli PM Benjamin Netanyahu is “the most dangerous man in the Middle East.”

But lest you think that this headline is simply click-bait, the author of the piece, Patrick Lawrence actually believes it.

With the Israeli police report recommending criminal charges against the prime minister, issued last Tuesday, the most dangerous man in the Middle East, as I have long called Bibi, may finally be forced from office.

Let’s get some perspective. There are plenty of dangerous men in the Middle East but labeling the leader of the region’s only functioning democracy is simply laughable particularly when one considers some alternative candidates.

For example, Bashar al-Assad, responsible for gassing and bombing his own people, costing the lives of hundreds of thousands in the Syrian conflict.

What about the Iranians? Take your pick from Ayatollah Khamenei at the top, oppressing ordinary Iranians protesting for freedom,  to Major General Qasem Soleimani, the senior member of the Revolutionary Guards responsible for coordinating Iranian proxies, both on the ground in Syria and further afield with the promotion of terrorism across the Middle East and beyond.

And don’t forget Hassan Nasrallah, the head of Hezbollah, the terrorist organization armed to the teeth and in possession of thousands of rockets aimed at Israeli civilian targets.

Lawrence soon makes it clear, however, that his real issue isn’t Israel’s PM but Israel itself:

Israel without Netanyahu: Yes! Israel as a fundamental impediment to peace in the Middle East: Still yes, Bibi or no Bibi. Israel as a chauvinist nation intent on inflicting a form of apartheid on the Palestinian population: It does not now appear likely that Netanyahu’s departure, if it comes to be, will be enough to pull Israel off this path.

Given that Israel is a “fundamental impediment to peace in the Middle East,” one has to wonder whether Sunni-Shia conflicts would miraculously dissipate if Israel were to disappear. Would there be peace in Syria and Yemen? Would there be ethnic harmony in Lebanon?

Associating with an Anti-Semite

If we hadn’t already nailed Lawrence as an Israel hater, further evidence appears as he refers to an interview with and quotes Richard Falk, whom he describes as a “scholar, international lawyer and advocate of the Palestinian cause.”

Falk was formerly a UN special rapporteur. He has been repeatedly called out for his anti-Semitism and extreme anti-Israel comments.

“Highlights” of Falk’s tenure at the UN included blaming the Boston Marathon bombing on “American global domination,” “Tel Aviv” trying to ban a pro-Israel human rights watchdog group UN Watch from attending UNHRC sessions, and publishing anti-Semitic cartoons and articles on his blog. US officials routinely and repeatedly called for Falk to resign.

As for the rest of Lawrence’s article, it isn’t only the Middle East that Bibi endangers. Lawrence says “His dangers now extend far beyond the Middle East” while referring to the “undue influence on American politics of AIPAC, the Israeli lobby in Washington.”

So Lawrence moves on to presenting Netanyahu as a danger to the US as he “knows how to take full advantage of the “unconditional support” that lies at the core of U.S. policy toward Israel.”

Is Lawrence portraying Netanyahu as some sort of nefarious puppet master influencing the American body politic? Lawrence refers to anti-BDS laws spreading from the Knesset to the US federal level and the “drift toward the internationalization of Israel’s increasingly undemocratic domestic restrictions.”

Ultimately, whether you like Benjamin Netanyahu or agree with his politics, Lawrence’s displays a measure of obsessive hatred towards the Israeli PM channeling the author’s clear disdain towards Israel.

Is Netanyahu the most dangerous man in the Middle East?

Are Salon’s headline and Patrick Lawrence’s article the most ridiculous we’ve seen in a long while? 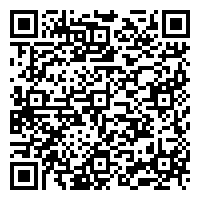