The Ari Fuld Project continued to keep Ari’s memory and mission alive with a special ceremony on Sunday night in the Gush Etzion Jewish community of Efrat, where Ari lived and served in the local counter-terrorist unit (Kitat Konenut).

The ceremony was held in Ari’s shul, Zayit Ra’anan.

The Ari Fuld Project distributed the new tactical ballistic helmets to the unit thanks to generous donations from people all over the world.

Miriam Fuld, Ari’s wife, spoke at the ceremony, recalling an emergency call-out that happened one Friday night when they had guests for Shabbat. Ari ran out of the house to deal with the terrorists and when he came back an hour or so later, he just picked up the discussion at the Shabbat meal right where he left off, as if nothing happened. That was the quintessential Ari.

The Project honored two members of the team, Menachem Katz and Rafi Grabin, for the work they did on behalf of the Kita in selecting and acquiring the helmets.

After Pesach, The Ari Fuld Project will hold a ceremony with United Hatzalah for defibrillators that were donated to Hatzalah Emergency Medical Technicians (EMTs) in Efrat and Gush Etzion. 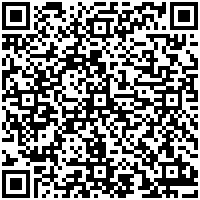