The Palestinian Authority minister discovered the reduction in his status on Sunday when he returned home from Jordan. Maliki had traveled to The Hague for a meeting Thursday with British lawyer Karim Ahmad Khan, the new prosecutor at The International Criminal Court.

During the meeting Maliki had reportedly made an effort to speed up the investigation against Israel, accusing the Jewish State of “continued violations of Palestinian human rights” and promising that Palestinian Authority residents would “fully cooperate” with the Court probe.

Israeli Prime Minister Benjamin Netanyahu had approved the sanctions against Maliki according to the source quoted in Ravid’s report, who said, “This is a portion of the actions that were considered and approved in the preliminary discussions.”

Maliki has in the past been a leading member of the Popular Front for the Liberation of Palestine terrorist organization and served as the head of the civil engineering department at Birzeit University, in addition to his past and current service as a foreign affairs minister for the Palestinian Authority government in Ramallah. 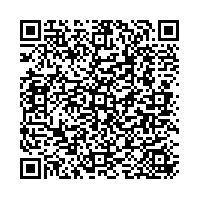