But there is a particular blessing that we hasn’t been made in a while, for an event that hasn’t happened in a very long time.

When the Jewish people return, rebuild and restore Jewish life in a place it was destroyed, we make the following blessing:

Blessed Are You Hashem our God, King of the Universe, Who Restores the widow’s boundary line.

The blessing (mentioned in Berachot 58:), which imagines our nation in the diaspora as a woman abandoned by her husband–who is like a widow–and when we return to our land, we are like a wife reunited with her husband.

For you’ll spread forth to the right and to the left and your seed will inherit the nations, and will settle deserted cities. Do not fear, for you will not be shamed, and do not be abashed for you will not be mortified, and you will forget the humiliation of your youth, and will no longer recall the disgrace of your widowed years.

Blessed are you Hashem our God, King of the Universe, Who restores the widow’s boundary line. – Amen.

Following the blessing, everyone present began to sing “V’shavu banim li’gvulam” – the children have returned to their estate.

Rav Druckman is a former MK and deputy minister. He was awarded the Israel Prize in 2012. He’s founded multiple yeshivas and schools in Israel, and he heads Israel’s Conversion Authority. 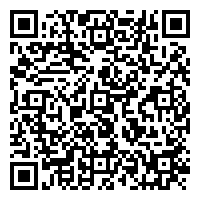