Havat Gilad, a small farming community in the Shomron, built on private land purchased by Moshe Zar, received unanimous approval from the Cabinet on Sunday to be recognized as a legal settlement. The decision came a month after the murder of Havat Gilad resident Rabbi Raziel Shevach on January 9, 2018, by Arab terrorists from the Palestinian Authority.

The cabinet approved the recognition of the settlement on “lands that are privately owned by Israelis or state land.”


Prime Minister Netanyahu said at the start of the cabinet meeting this morning, before the vote,

“A few minutes ago, I spoke with Yael, the widow of Rabbi Raziel Shevach. I told her that the entire nation and all members of Cabinet embrace her and the children in their time of grief; I also asked her to hug the children for us.

I told her that our policy is being carried out in two spheres. First, exacting justice. Yesterday our forces were again in action in an effort to apprehend the last of the assassins and their accomplices in the murder of Rabbi Shevach. We will not rest until we bring them to justice. And we will bring them all to justice.

Our second policy guideline is to strengthen settlement. Whoever thinks that through the reprehensible murder of a resident of Havat Gilad, a father of six, that he can break our spirit and weaken us, is making a bitter mistake.

Today, the government will provide for the status of Havat Gilad in order to facilitate orderly life there. For the murderers – exacting justice. To those who sanctify death, we will sanctify life. This is the essence of the government’s policy.”

Cabinet members had hoped the official recognition would have happened earlier and were pushing Netanyahu very hard to make it happen, but Netanyahu pushed off the cabinet discussions until after the recent visit by US Vice President Mike Pence.

Havat Gilad (Hebrew: Gilad Farm) is an Israeli community in Samaria which is outside the jurisdiction of Shomron Regional Council.

Established in 2002 in memory of Moshe Zar’s son Gilad Zar, the security coordinator of the Shomron Regional Council who was murdered in 2001, it has been considered an unauthorized outpost by the Israeli government and was on a list of outposts that Israel promised the US it plans to dismantle. Indeed, the outpost has been dismantled several times, but its residents kept returning and re-establishing it.

Leftwing activists claim that parts of the farm land are on Arab-owned property –a claim the residents dispute, as the land was legally purchased by Moshe Zar, only it did not obtain recognition by the Interior Ministry.

On January 9 this year, the Rabbi of Havat Gilad, Raziel Shevach, was shot by a squad of terrorists in his car going home, a heinous crime which a unified front of rightwing politicians and activists, led by Defense Minister Avigdor Liberman, have stated must be avenged the Zionist way – by awarding Havat Gilad a permanent status.

At this point the community will have to start jumping through numerous bureaucratic hoops to move forward, but that most important first official threshold has finally been crossed. 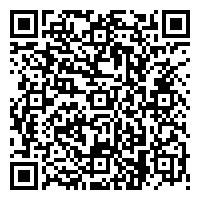