Three Israelis were wounded, two very seriously on Wednesday evening in a terrorist stabbing attack in Adam, north of Jerusalem.

A Palestinian Authority Arab terrorist infiltrated into the community north of Jerusalem and then entered a home, stabbing the people inside. Three men were stabbed in the upper body.


One terrorist was shot and killed, the Israel Defense Forces spokesperson confirmed.

One of the victims, 58, was receiving CPR in the ambulance on his way to the hospital, according to a local source. The second victim, 31, is reported in critical and unstable condition with stab wounds to the upper body, according to Hadar Elbaum, a spokesperson for Hadassah Mount Scopus Medical Center in Jerusalem.

The third victim was lightly injured with wounds to the limbs. He was treated at the scene before being evacuated to Shaare Zedek Medical Center in Jerusalem, according to the Magen David Adom emergency medical response service.

Michael Cohen is a United Hatzalah volunteer EMT who lives near the site where the attack occurred, and who treated one of the critically injured victims. “When I arrived at the scene, I found a man in his thirties who was critically injured as a result of being stabbed in his upper body,” he said. I provided first aid treatment for him at the scene and then joined the ambulance team in transporting the man to Har Hatzofim Hospital in Jerusalem.”

Daniel Kaballo, another United Hatzalah volunteer EMT who responded to the attack, treated the second victim. “When I arrived I saw a man in his 50s who was suffering from stab wounds to his upper body,” he said. “Together with other volunteers from United Hatzalah as well as other first responders I treated the man for his wounds at the scene before joining the mobile intensive care ambulance team and transporting the man to the hospital… An additional man was lightly injured and transported by ambulance to Shaare Zedek Medical Center.”

Residents in the community were asked to remain indoors while security and military personnel search the area, hunting for a possible second terrorist. 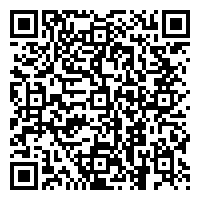