Israel’s most influential businesswoman Shari Arison was interrogated for some nine hours by police fraud investigation unit Lahav 433 and maintained her position that she had not known about the bribery scandal in which senior officials of Shikun U’Binui were suspects.

Arison’s company, Arison Investments, just sold its 47% share of Shikun U’Binui to kibbutz-born diamond dealer, real estate investor and philanthropist Naty Saidoff for close to $3 billion – which was considered roughly 14% lower than the shares’ market value. The sale was made quickly and without a thorough fiduciary assessment.


Arriving at the Lahav 433 Lod offices, Arison was not aware that she would be questioned with a warning. People in her circle told Channel 2 News that she felt a “bitter sense of disappointment” at the fact that there were “elements” who attributed to her allegations and suspicions of knowledge about bribery.

According to Arison, she had never heard that Shikun U’Binui paid bribes to government officials and others in the countries where the company does business. The businesswoman added that since the claims against her contradicted everything she believed in, she could not have known about the payments.

According to Channel 2 News, police interrogators presented Arison with statements and allegations from other cases that had been dug up by the investigation, but did not present additional evidence that could substantiate the suspicions regarding Arison herself.

Arison’s is the latest in a series of investigations against seniors at Shikun U’Binui on suspicion of involvement in a worldwide corruption scandal. The investigation has been going on for a long time but has been publicized only six months ago.

Recently, there has been a turning point in the investigation, when the Israel Securities Authority joined in. Police operated in cooperation with international law enforcement agencies and with the state prosecution’s Taxation and Economics department. Immediately after the investigation had been made public, four top company officials were arrested and questioned on suspicion of bribing foreign officials, fraudulently accepting gifts, and violating the Money Laundering Prohibition Law.

Arison was released to her home under restrictive conditions following her interrogation. Among other things, she was forbidden to leave Israel for at least a week.

Arison, who according to Forbes is the richest woman in the Middle East, was born in New York City, the daughter of businessman Ted Arison. In 1966, her parents divorced, and she moved to reside with her mother in Israel. At the age of 12 Arison returned to the US to live with her father, and five years later she returned to Israel to enlist in the IDF. In 1999, Arison’s father died, and bequeathed to her 35% of his business. In 2003, she caused a raging protest after firing 900 Bank Ha’Poalim employees.

Arison was awarded the America–Israel Friendship League’s Partners for Democracy award in 2010.

In 2009, Arison sponsored Israel’s third annual “Good Deeds Day,” where a youth orchestra from the Palestinian Authority performed in an hour-long concert in honor of Holocaust survivors. The next day, the orchestra conductor was expelled from her hometown of Jenin. 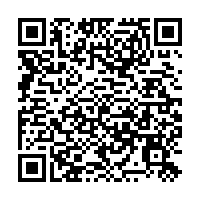