Israel’s state prosecution announced on Monday that it will appeal to the Supreme Court the sentence of a Bedouin burglar who sexually assaulted a 10-year-old girl in her home in the Negev.

On November 9, the District Juvenile Court in Beer Sheva sentenced a young Bedouin to five years in a plea agreement for committing sexual offenses against a 10-year-old girl in a Jewish community in the Negev. The prosecutor’s office requested that the young man––who was all smiles during his court appearance––be sentenced to 10 years in prison, but judges Yael Raz-Levi, Gilat Shalev, and Aharon Mishnayot stated that extenuating circumstances should be taken into account.

After the prosecution decided to appeal, the girl’s father told Reshet Bet radio: “There’s a feeling that our cry was answered, they probably heard it and it moved something. There’s a feeling that the public had its say.” He added: “Had I been silent, it would have gone under the table.”

It was one of the most serious cases that rattled the Jewish residents of the south and became a symbol of the loss of governance around the country. In December 2021, the prosecutor’s office presented the plea deal, in which the defendant admitted to breaking into a residence and attempting to sodomize a minor without her consent. For some bizarre reason, the prosecution’s plea agreement did not include a punishment, which was left up to the judges.

It probably supports the girl’s father’s assertion that had he not screamed about it on every news show in the country, both the prosecution and the court would have been happy to let the Bedouin get away with a reduced sentence. It’s a kind of autism that afflicts the Israeli justice system which isn’t aware for the most part of the rage it engenders in Israel’s law-abiding population.

It’s the kind of judicial and law enforcement autism that drives former Meretz voters from Israeli kibbutzim to vote for Itamar Ben Gvir.

Do you want an example of judicial autism? In their decision, the judges were careful to note that “to this day, in fact, the defendant has not shown any empathy for the suffering of the minor in the incident.” In addition, they emphasized the seriousness of the attacker’s actions and called them “every parent’s nightmare come true.” They also mentioned the fact that even after the severe attack, the attacker returned and committed more property crimes, a scant few days after the incident.

And after acknowledging what an evil and heartless criminal he was, the same judges cut his sentence in half. 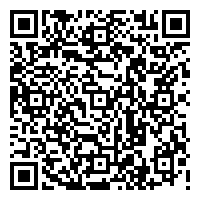