In addition to questions about the U.S. role in the peace process, the respondents — 507 Israeli Jews aged 18 or older — were asked about other issues, including relations between Israel and Diaspora Jewry, global anti-Semitism, and recent calls American Jews should support a boycott of Israeli settlements.

But Israelis are guarded about granting direct political access to those living beyond its borders: 51 percent strongly oppose allowing citizens residing outside of Israel to elect Knesset member, while 29 percent support it. An even greater number (63 percent) oppose allowing Diaspora Jews to elect “a few” Knesset members to represent their interests, although 21 percent support the idea.

Turning to global anti-Semitism, 51 percent of respondents said that “Encouraging Aliya” is the best government response to anti-Semitism.

Meanwhile, an overwhelming majority of Israelis (76 percent), disagree with calls on American Jews to “boycott the settlements,” while thirteen percent supported such a boycott.

“This survey has demonstrated the enduring connection between Israelis and Diaspora Jews,” Schneider said in a statement. “Clearly, Israelis are committed to finding a vehicle for including and expanding the opinions and participation of Diaspora Jews in Israel.”

The survey was conducted by KEEVOON Research on June 20; it has a margin of error of 4.5 percent.

JTA Contributed to this report. 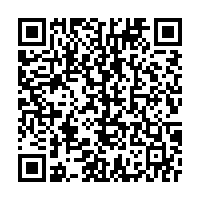