The Cymbalista Synagogue and Jewish Heritage Center at Tel Aviv University this week was designated as a protected “Heritage Site” by the Council for the Conservation of Heritage Sites in Israel.

Completed in 1998, the building is the youngest to receive the designation, which notes its unique qualities, both architectural and social. The designation ensures the physical preservation of the Cymbalista Synagogue as a building of historic significance.


The Cymbalista Synagogue and Jewish Heritage Center is located at the heart of the TAU campus. The impressive building, with its broad square base rising into two spiraling towers emblematic of a Torah scroll, the Cymbalista functions as a synagogue, as well as an academic and cultural meeting ground with a study room and a library, an auditorium, and a museum. The synagogue is a venue for weddings and bar mitzvahs.

Swiss real estate developer, philanthropist, and TAU Honorary Doctor and Governor Norbert Cymbalista and his wife Paulette commissioned the building. It was devised to house a synagogue and bridge the gaps between religious and secular segments of Israeli society—and between the different denominations of Judaism: Orthodox, Conservative, and Reform—in an academic environment.

Norbert Cymbalista said: “I am thrilled for the new designation, which reaffirms my decision to create a space in the spirit of respect for tradition, but also in the realization that dialogue and acceptance of different viewpoints are essential for Israel’s development as a democratic society. I hope that the Cymbalista Synagogue and Jewish Heritage Center will continue to serve as a focal point of activity and that I will see its impact on further strengthening ties in my lifetime.”

TAU President Prof. Ariel Porat said: “Cymbalista Synagogue and Jewish Heritage Center is situated at the heart of the campus and is a symbol and an example of unity and community. The Center reflects the liberal and pluralistic nature of Tel Aviv University. I would like to express my gratitude to Norbert Cymbalista, a loyal friend of the university and the state of Israel, for his important contribution to promoting these important values on campus.”

Dr. Yair Lipshitz, Head of the Cymbalista Jewish Heritage Center at TAU, said: “The new designation is an immense honor for the Center and an exciting recognition of its architectural and cultural importance. In many ways, the building is a profound response to the question of what it means to foster Jewish culture at the heart of Tel Aviv University. Its multipurpose functionality offers a complex, dynamic and unique interplay between the various facets of being Jewish in Israel today. The preservation of such a building as a heritage landmark ensures the endurance of the vision that is set in its stones – a vision for a rich, pluralistic, multi-voiced Israeli culture.”

Renowned Swiss architect Mario Botta designed the building. It contains materials and furnishings from around the world, including the Torah ark made of Pakistani onyx stone, golden-hued stone interior walls from Tuscany, black granite flooring from Zimbabwe, brick red exterior stone from the Italian Dolomites, and a light wood ceiling from Switzerland. 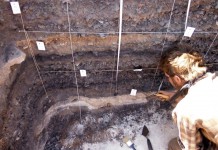 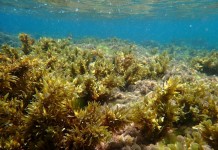 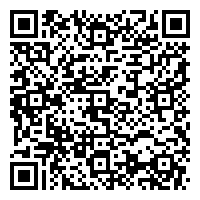