Jonathan Pollak, a senior leader of the Anarchists Against the Wall organization, has been absent from hearings related to a complaint filed against him by the Ad Kan organization. In addition, Pollak published an article in the Haaretz newspaper stating that he recognizes the judicial process, but he still “chooses not to appear.” The judge in the hearing filed a warrant to compel his attendance.

Every Friday, Anarchists Against the Wall engage in violent protests against the IDF soldiers and security forces. So far Pollak has failed to attend any of the hearings in a complaint filed against him and other activists by Ad Kan. In addition, Pollak refused to be served with the documents related to the proceedings against him.


Even more audaciously, on the morning of the most recent hearing, Pollak published an op-ed in the Haaretz newspaper under the headline “I will not go.” In the article, he explained that he recognized the legal proceedings against him, yet stated “Despite the serious consequences that arise from failure to attend, I have no intention of showing up.” At the end of the article, Pollak explained how he violates the law and stated his intention to continue doing so. “Just as right now, in violation of the law, we are trying to block bulldozers that are building new settlements… So too, we must stop cooperating with the Israeli apartheid… I will not go.”

During the hearing, Judge Dov Pollok of the Jerusalem Magistrate Court issued a warrant to compel Jonathan Pollak’s attendance at future hearing.

Even after the complaint against Pollak was followed, he continued to attend weekly protests on Fridays in the villages of Naalin and Kadum. Pollak was recorded marching with the protestors, some of whom can be seen throwing stones at IDF soldiers.

The criminal complaint filed by Ad Kan also names Kobi Snitz and Ilan Shalif, who are also leaders with Anarchists against the Wall. While the other defendants have attended the hearings and hired attorneys to represent them, Pollak has so far been absent and has not responded to attempts to update him on the status of the case.

In light of Pollak’s continued refusal to appear or respond, Ad Kan used social media to warn Pollak that should he fail to appear for the most recent court date, the organization would request a warrant to compel his attendance. At the court date, the presiding judge signed the requested warrant.

The complaint, which was filed by Attorney Oded Savurai & Associates, claims that one of the goals of Anarchists against the Wall is to remove the security barrier separating Israel from the West Bank and that to achieve this goal, the group organizes violent protests against IDF soldiers and Border Police. The violence includes the throwing of stones at security forces for intentional purpose of injuring them. Aside from the activists from Anarchists Against the Wall, participants in the protests include residents from the neighboring Arab villages and visitors from abroad who are recruited by the activists from Anarchists Against the Wall.

Plaintiffs in the complaint also include three soldiers who were injured during protests organized by Anarchists Against the Wall. One of the soldiers is from the Egoz unit, which was previously attacked by Palestinians during an arrest in Nabi Saleh that garnered significant media attention at the time.

Ad Kan has made it a priority to stop the activities of anarchists who harm IDF soldiers, security forces, and the State of Israel. This case represents the first time that anarchist activists have been placed on trial for criminal offenses following a complaint filed by civilians.

The Director of Ad Kan, Gilad Ach is 35 years-old and a father of five who served for 6 years in the Golani Brigade. After his service he founded two organizations: Ad Kan to gather information on anti-Israel activists, and the Green Israel Forum to gather information on environmental damage, primarily in Judea and Samaria. Ach is a graduate of the Bnei David Mechina and the Yeshiva for Army Graduates in Eli. He also has degrees from the Interdisciplinary Center in Herzliya and the Faculty of Middle Eastern Studies at Tel Aviv University. 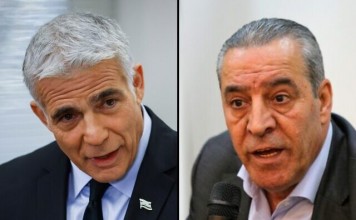 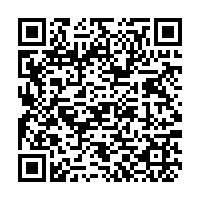