Four Likud MKs––David Bitan, David Amsalem, Danny Danon, and Israel Katz––are preparing for the possibility that Netanyahu would skip over them when he doles out government portfolios to his own party’s members and told Kan 11 News Sunday that if the future PM does not meet their demands, they would thwart his legislation.

The four MKs who are angry at Netanyahu do not plan to harm legislation coming from the Likud’s political partners, only Netanyahu’s. It will start with their getting in the way of instituting the Norwegian Law appointments – allowing ministers and deputy ministers to resign from the Knesset, and the next candidates on their party’s list enter the Knesset in their place––until the minister or deputy minister resigns and retakes his Knesset seat. It’s a useful move that allows coalition parties to both maintain their work in government and the number of their representatives on Knesset committees.

Bitan, Amsalem, Danon, and Katz threaten to stand in the way of this useful parliamentary mechanism. And then, once the coalition is in place, they would torpedo the PM’s bills, leaving him with 60 votes against a hostile opposition.

The news about rebellion inside Likud coincides with the leaked coalition agreement between Netanyahu and Religious Zionism Chairman Bezalel Smotrich which hands him the finance ministry alongside the absorption and settlement portfolios, plus control of the civil administration in Judea and Samaria, a deputy minister, and chairmanship of the Knesset justice and constitution committee.

This will be the first time in its 55 years of existence that the IDF’s civil administration in Judea and Samaria, which was always the private domain of the Chief of Staff, will have its head be appointed by politicians. Don’t tell anyone in the White House or the State Dept., but this is what sovereignty in Judea and Samaria looks like.

Antony Blinken, who wasn’t born yesterday, told J Street on Sunday that “the Biden administration will oppose the expansion of settlements in the West Bank, Israeli annexation measures in the West Bank, damage to the status quo on the Temple Mount, and incitement to violence.”

Also: Jewish identity, which includes conversions, will be removed from the ministry of religious services and become part of an independent permanent agency chaired by a Smotrich appointment, plus five more members appointed by him, which also absorbs Jewish culture from the education ministries.

MK Bitan complained on News12 Friday night about Netanyahu’s special treatment of Smotrich: “I don’t understand why they bothered with him for two weeks, they gave him everything he wanted from the beginning, and even more. It was out of place, the Likud was harmed, and the country was harmed, but that’s the negotiation, unfortunately. He (Smotrich) received not only the Ministry of Finance but also a third of the Ministry of Defense, half of the Ministry of Transportation or the Ministry of Education, these are the significant portfolios.”

“Netanyahu doesn’t consult with anyone and this is a real problem,” Bitan added. “He started out in such a way that he must give up a lot so the government will be established quickly.”

Bitan was asked if Netanyahu is being paranoid, and responded: “It’s not a problem of paranoia, it’s fear. He’s afraid.” 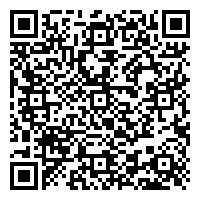