Health Minister Yuli Edelstein said Monday night in his remarks about the latest set of coronavirus restrictions that the limitations represent a positive step towards stopping the spread of the COVID-19 pandemic in Israel. Nevertheless, he said, Israel is just getting started in the battle against the virus in this second wave, and there is still more that must be done to get the pandemic under control.

The minister told the Knesset that artificial intelligence will be used as part of the technology supporting the ministry’s epidemiological investigations — which will be increased — and other efforts to sever the chains of contagion and limit the spread of the virus.


Edelstein warned, “The virus is changing its behavior and we must adjust ours accordingly.”

He also announced his intention to appoint a coronavirus affairs director who will coordinate the entire operational response to the pandemic, from testing and tracing to all other aspects of the crisis.

In addition, he said he will increase available staffing to respond to public questions and requests. Some of those, he said, are likely to include military personnel from the Home Front Command.

More Israelis Lose Their Lives
At least 691 new cases of the virus were diagnosed in Israel since midnight Sunday into Monday, bringing the number of Israelis struggling with the novel coronavirus to 12,359. That figure includes 349 patients who are hospitalized, including 88 people in serious condition and of those, 35 who require ventilator support.

Three more Israelis have lost their battle with the virus, bringing the death toll to 334.

By Monday afternoon, at least 1,425 teachers, students and staff personnel in the Israeli education system had tested positive for COVID-19, including 139 people who were diagnosed since Sunday, according to a report on the Hebrew-language Walla! News site. Also Monday afternoon, some 21,293 students and teachers were instructed to enter quarantine as a result.

Increased Fines, Maybe Fewer Infections?
A bill pushed by Prime Minister Benjamin Netanyahu to more than double the fine for not wearing a face mask outside the home was expected to pass a vote in the Knesset plenum Monday night. The fine, currently at NIS 200, would be raised to NIS 500 if the bill is approved.

Multiple studies have shown that face masks are effective in stopping the spread of the novel coronavirus by as much as 95 percent. Lawmakers are in favor of raising the fine significantly in order to ensure compliance, inasmuch as the number of cases has skyrocketed in recent days.

Two members of the Jerusalem City Council have been diagnosed with the virus, according to an announcement Monday by the municipality. As a result, several city employees are now required to enter quarantine as well; however, Mayor Moshe Leon is not among them. 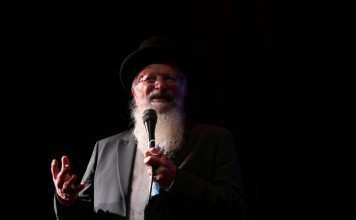 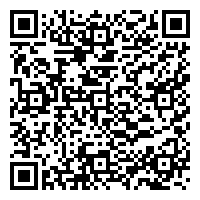