The Knesset completed the third reading of the law mandating the establishment of a national biometric database, on Monday night.

According to the law, initiated by Interior Minister Aryeh Deri, every citizen receiving or renewing their ID or passport will be required to replace them with a smart biometric document. This includes a biometric facial photo, which will be in the document and the biometric database.

The bill raised significant controversy, and was initially opposed by many MKs from both the coalition and the opposition.

Due to its complexity, and in order to address all the issues and concerns, a special ad-hoc parliamentary committee was formed, composed of members from two standing committees, the Constitution, Law and Justice Committee, and the Science and Technology Committee.

Several of the more problematic and controversial clauses were either removed, or significantly modified during the debate in committee.

Among the more controversial requirement that was removed was the requirement that the database include not just a person’s facial photograph, but fingerprints as well. This is now a voluntary option, not a mandated requirement.

The law, in its final form, ensures minors’ fingerprints will not remain in the database, and the police will legally not be able to access it without judicial oversight.

As a result of the modification, making fingerprinting optional, passports and ID cards will be valid for five years. If, in the future, technology enabling 10-year validity of biometric facial photography becomes available, it will be adopted.

The final vote in committee, prior to the third reading, was close; six to five in favor of approving the bill and bringing it to the plenum for the final reading. 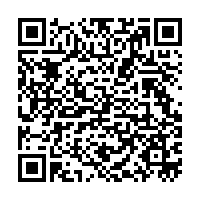