The Knesset Labor, Welfare and Health Committee on Tuesday debated a bill proposed by MK Anat Berko (Likud) and other MKs which seeks to stop state funding of health services provided to anyone who is injured while carrying out an act of terrorism, while visiting an enemy state, or as part of his/her activity in a terror organization.

The bill distinguishes between the actual treatment and its funding, and does not pertain to life-saving initial treatment, which would still be given and funded by the state, in accordance with international law.


Under the terms of the bill, Israeli citizens who are injured under these circumstances will have to pay for the medical treatment themselves, while the cost of medical treatment for residents of the Palestinian Authority will be deducted from the monthly tax revenues Israel collects on behalf of the PA.

Attorney Yochi Gnessin, legal adviser to the Israel Prison Service, estimated that the State of Israel spends between 11 and 12 million dollars a year on medical treatment for security prisoners.

During the debate, MK Berko said, “We have become the jackass which funds and feeds our own murderers. We are the humane side in this story, but this humanness harms the citizens of Israel.”

Committee Chairman MK Elie Elalouf (Kulanu) said, “I am proud to belong to a country which treats prisoners, even if I have no empathy towards them. I’m glad that we made a distinction between the actual treatment and its funding.” 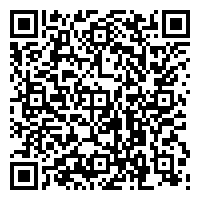