The Museum of the Bible, in Washington DC, on Tuesday revealed that five of its Dead Sea Scrolls fragments are fake and have been removed from display. Museum officials reported that they sent five of its 16 fragments for analysis at the BAM institute in Germany, and were told that the five fragments in question showed “characteristics inconsistent with ancient origin.”

The tests were ordered on the request of several biblical scholars who examined 13 of the museum’s fragments said and noted there was a “high probability” that at lest some of them were modern forgeries.

The Museum of the Bible was opened in November 2017 by Evangelical Christian and billionaire Steve Green. It boasts 1,150 items in its permanent collection and when it opened it displayed an additional 2,000 items on loan from other institutions and collections. One of the gusts at the dedication ceremony was Israeli Ambassador to the United States, Ron Dermer.

Kipp Davis, an expert on the Dead Sea Scrolls at Trinity Western University in Canada, who examined the questionable scroll fragments, issued a statement saying: “My studies to date have managed to confirm upon a preponderance of different streams of evidence the high probability that at least seven fragments in the museum’s Dead Sea Scrolls collection are modern forgeries, but conclusions on the status of the remaining fragments are still forthcoming.”

Incidentally, the Museum of the Bible’s lunch and coffee shop offers some kosher certified food items.

Israeli Reporter: Trump Told Israel to Take Over US Aid to PA Security 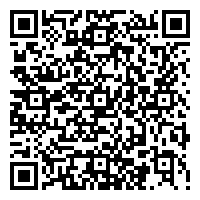